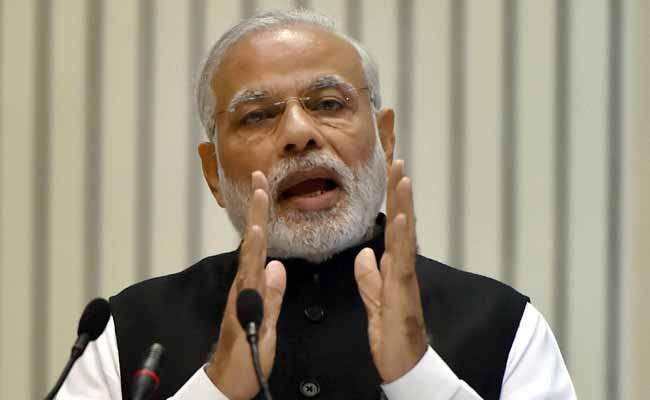 NEW DELHI: Against the backdrop of “intolerance” debate, Prime Minister Narendra Modi has said that India has tremendous social strengths, including pluralism.

It was for the second time in recent days that Mr Modi has touched upon issues relating to diversity and pluralism, as he faces criticism over the issue of intolerance in the country.

Mr Modi referred to pluralism in India in an article in the prestigious Economist magazine whose brief excerpts was tweeted by its Europe business correspondent based in Paris.

“India has tremendous social strengths, including pluralism,” Mr Modi was quoted as having said in the article in the latest edition of the magazine whose cover has caricatures of world leaders including Mr Modi with a title, “The World in 2016.”

The article figures in a 30th edition special section with contributions from Mr Modi besides IMF chief Christine Lagarde and Nobel Peace Laureate Malala Yousafzai among others.

The Prime Minister also referred to the “great expectations” from his government which completes 18 months next week.

“There is a sense of great expectation from our government. Inevitably, some of these expectations run ahead of us,” he said.

Mr Modi also touched upon the impact of India’s growth on environment.

“We are conscious that our growth…will have some environmental impact,” he said, days ahead of the Climate Change summit in Paris.

Mr Modi last Friday said that India’s diversity was the country’s “strength and pride” and underlined the importance of peaceful co-existence.

“India is full of diversity. This diversity is our pride and it is our strength. Diversity is the speciality of India.” he said, adding that despite the country being home to diverse religions, over 100 languages and 1,500 dialects Indians have proved how to live together.

Mr Modi was addressing thousands of people, almost all of Indian origin, at a Grand Community reception in his honour at London’s iconic Wembley Stadium, home to rock concerts and England’s national soccer team, during his three-day visit to the UK.

In the special first-person article, Mr Modi said he “resolutely intends” to redeem the faith of the electorate in the 2014 polls in him and make up for the “lost time.”

“As we head into 2016, I remain conscious of the trust that has been placed in me and I resolutely intend to redeem it. No less than the success of 1.25 billion Indians, and therefore a better future for all of humanity, is at stake,” Mr Modi writes in the Asia section of the special edition to hit the stands worldwide tomorrow.

Articulating his approach of “sabka saath, sabka vikas,” he claims that evidence suggests that the Swachh Bharat (Clean India) campaign and the Beti Bachao Beti Padhao (Protect your Daughter, Educate your Daughter) movement are creating “attitudinal changes in hygiene and gender equity.”

Mr Modi also takes a dig at developed countries on the issue of climate change by calling on the world to learn from India’s “time-honoured” traditions of conservation.

“We are conscious that our growth, even if more sustainable than the energy-guzzling paths in developed countries, will have some environmental impact… We have to reconcile climate-change goals with the energy-access imperatives of the poor. We must put affordable, clean and renewable energy within reach of all Indians,” he writes.