I want to make the audience better people: Salman Khan 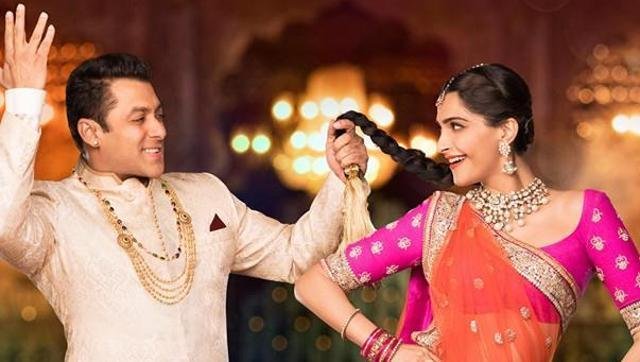 He became popular with a romantic film, Maine Pyar Kiya (MPK; 1989). But over the years, Salman Khan has proved his versatility with a variety of roles. However, the star insists that at this stage in his career, he is trying to do movies that make viewers aspire to be “better people”. “If the audience comes out of the theatre after watching Prem (his name in various films, like MPK and Hum Aapke Hain Koun…!, 1994) or Pawan Kumar Chaturvedi from Bajrangi Bhaijaan, and say, ‘Oh, it was a superb character’, then it is a great achievement for me,” says Salman.

Over the past few years, he has been delivering big action films. Therefore, he is happy to have returned to his romantic avatar. “In fact, if you leave a theatre as a better person; if a character in a film makes you feel like you need to be like that person, then there’s no better movie than that. Those are the kinds of films I am trying to do in my career. And my next few movies are also similar. They are a very good lot [of movies] for me,” he says.

The actor reveals that the Dabangg (2010) franchise’s next instalment has turned out really well. “A project with Kabir (Khan, director) might work out as well, besides some other good films. Now, I don’t want to do movies just for the sake of doing them. Earlier, when dates were available, I thought, ‘Let’s do a film’. I also considered a project, thinking, ‘Do the film, or else my friendship will go bad.’ But now, things aren’t like that,” says Salman.

But, are the expectations from him high? Does he feel the pressure to deliver hits? “Actually, I take care of that. I keep in mind theaudiences’ liking, and the kind of money they pay to watch my films. When they come out of the cinema hall, they should be happy that their money has been well spent,” he says.