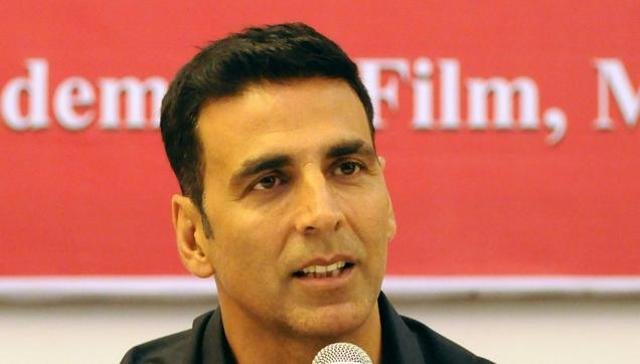 “I wasn’t just lucky to marry Tina. I was lucky to also get to be part of her amazing family that is as mad as she is. It just makes my life at home so much more enjoyable (smiles),” says Akshay, adding, “What I cherish the most is that now I am the one who takes care of them (Twinkle’s family). They have made me laugh more times than I can remember. I am so lucky that I get to come home to card games and giggles, instead of more stress (laughs).”

Akshay and Twinkle have two kids — son Aarav and daughter Nitara. “Even if I dedicated every waking hour to them, I’d still want to spend more time with them. Being a parent is like trying to fill a cup that can’t be filled,” he says.

The 48-year-old has just delivered a big hit, Airlift. At this stage, however, the actor insists that he is focusing on “just making people happy”. “I have done my bit of proving things. I have battled life’s hurdles and I have chased my dreams. Now, it is time for me to ride the wave and see what life has to offer me. I’m happy to just be me, and go where the winds take me. I’m not running in any direction. I’m just enjoying the view,” he says.

Of late, Akshay has mixed up his film choices — he has done critically acclaimed movies as well as commercial potboilers. “I have found a lot of happiness in doing critically acclaimed films… more than I thought I would experience actually. Though numbers are great for business, I love to love my work, whether it’s successful or not. Sometimes, one has to do something challenging to feel worthwhile in this rat race we call the entertainment industry,” he says.