I am not angry, I am hurt: Anupam Kher on Pak visa denial 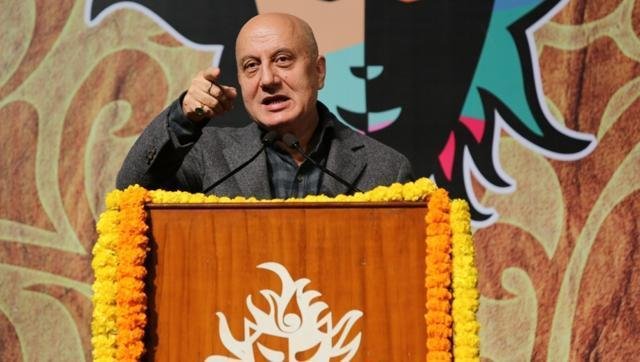 Actor Anupam Kher said on Tuesday Pakistani authorities denied him a visa to attend a literature festival, a decision that he suggested may have been prompted by his stand on the issue of Kashmiri Pandits and his support for Prime Minister Narendra Modi.

However, the Pakistani high commission in New Delhi said it didn’t get any application from the Bollywood artist and so the question of either granting or denying him a visa didn’t arise. Its officials added later in the evening that if Kher were to apply for a visa on Wednesday he would get the travel document within hours.

“Have been informed that Pakistan MoFA (foreign ministry) has denied permission for my visa to participate in the Karachi Literature festival. Sad to have been denied visa on second time in a year,” the actor said in a series of tweets. “Has my visa been denied because I speak about India’s rich tradition of tolerance or I am a Kashmiri Pandit who may expose Pak terror nexus? Indian Govt welcomes Pakistan based writers, artists, actors etc. Pakistan Govt. bans entry of Indian actors. Why fear a free dialogue?”

His comments sparked a storm on social media which recently became a battlefield for another controversy involving the actor after he told a senior journalist during an interview that he was scared to say he is a Hindu.

The other 17 Indian participants to the event in Karachi who have been given the travel document include senior Congress leader Salman Khurshid and actor Nandita Das.

Responding to the incident, union minister of state for home Kiren Rijiju said Pakistan has a right to grant or refuse visa to an individual.

“This is a sovereign decision by Pakistan and I cannot comment on it. But we are in favour of a smooth and transparent visa regime,” he said in Jaipur.

In May last year, Kher was denied a visa to Pakistan, reportedly on security grounds, when he was due to visit Lahore for an event organised by an NGO.

Angry over the Pakistani high commission’s statement that he didn’t apply for the travel document, Kher, who was awarded the Padma Bhushan last week, tweeted, “Didn’t Pakistan Ministry of Foreign Affairs red flag my name to Pakistan

High Commission in New Delhi? Why hide facts deliberately? Pak High Commission shud know their own rules. #KarachiLitFest had given my name to authorities 1 month back & have my name in every poster.”