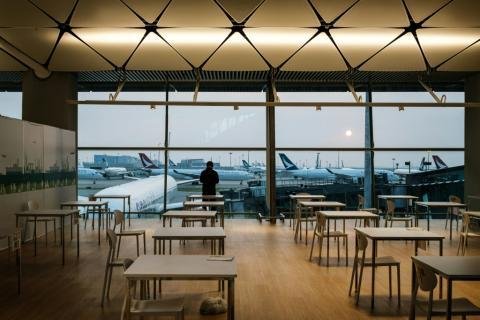 Hong Kong extended its compulsory quarantine to three weeks for almost all international travellers from Friday, saying the measure was needed to prevent new, more infectious, coronavirus variants from spreading.

The government said expert advice suggested that the incubation period of the virus could be longer than 14 days in some people — so passengers will now have to undergo compulsory quarantine in designated hotels for three weeks, rather than the previous two.

Only travellers arriving from mainland China, Macau, and Taiwan will be exempt from the tighter restrictions.

Hong Kong has extended its compulsory hotel quarantine to three weeks, and banned visitors who have been in South Africa recently
AFP / Anthony WALLACE


The government also announced a ban on people who have stayed in South Africa in the past 21 days from entering Hong Kong.

A new variant of the coronavirus, believed to be more infectious, has been spreading in South Africa, and several other countries have placed restrictions on travellers from the nation.

Since Tuesday, flights from Britain have also been banned from Hong Kong, following the discovery of a new strain of coronavirus there.

Health officials said two students returned to Hong Kong from the UK might have been infected by this new variant.