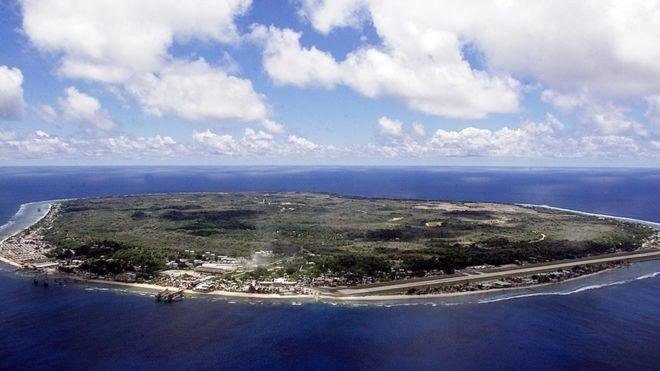 Australia’s High Court has rejected a challenge to the government’s immigration detention centre on Nauru.

The court found the government’s offshore detention of asylum seekers was valid under the constitution.

The case has been brought on behalf of detainees from offshore camps who were moved to Australia for medical treatment.

Anyone who tries to reach Australia by boat to claim asylum is held offshore on Nauru and Manus Island.

The ruling means 37 infants born in Australia to parents held in Nauru are likely to be deported to the tiny Pacific Island nation, reportedly within days.

Rights group said the government did not have the right to send the detainees back to the camps. They argued that the government was violating the constitution by funding offshore detention.

They have reported harsh conditions, violence and abuses at the camps.

But the ruling said “the plaintiff [a Bangladeshi woman] was not entitled to a declaration that the conduct of the first and second defendants in relation to [her] past detention… was unlawful”.

Demonstrators have gathered outside the High Court in the capital Canberra, and nationwide protests are being organised.

“Children in detention in Australia who are slated to be transferred to Nauru consistently tell us they are living with daily fear and anxiety about being sent there,” Ms Hammerton said in a statement.