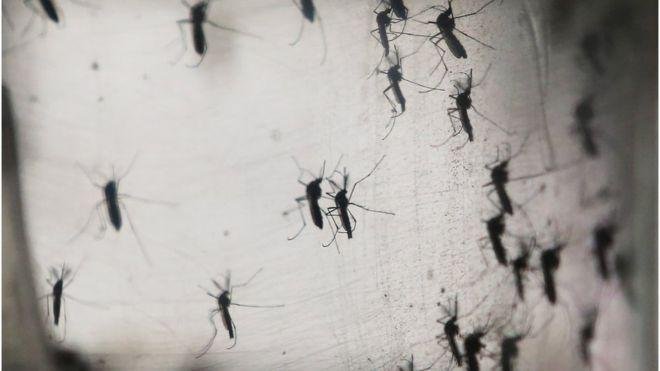 Two Sydney residents, who recently returned from the Caribbean, have been diagnosed with the Zika virus, Australian health officials say.

The World Health Organization has declared Zika a global health emergency as it spreads through the Americas.

Zika is carried by mosquitoes and has been linked to thousands of suspected cases of underdeveloped brains.

NSW authorities said one traveller tested positive to Zika last year after a trip to the Solomon Islands, and four people tested positive after returning from the Cook Islands in 2014.

Meanwhile, Australian Daniel Gaunt, 27, who contracted the virus after being bitten by a monkey and mosquitoes on the holiday island of Bali in 2013 yesterday urged travellers to “take all the precautions”.