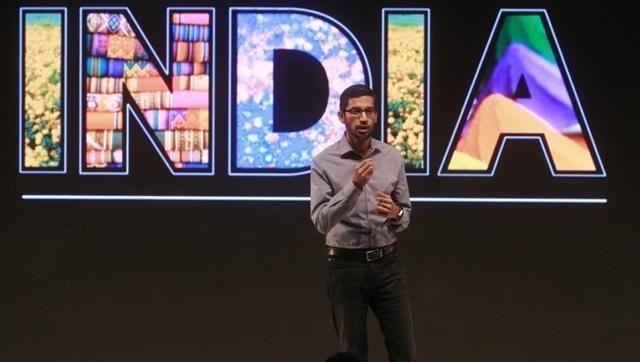 After days of anticipation, the real reason of Google CEO Sundar Pichai’s visit to India has come to the fore. Fortunately, it was not about one single thing, but about many small initiatives that go to show that, Google just became more serious about India.

Sundar Pichai took the stage to explain in detail, and piece together, the announcements made in the course of last few months and their relevance to India. Real time cricket scores and videos by early next year, an expansive new campus in Hyderabad and an aggressive ramping up of recruitment in India were among a host of initiatives.

The first is Project Loon — a network of high-altitude, internet-beaming balloons that will help connect towns and villages with no access to cables or an optic fibre grid – which has already ruffled regulatory feathers in India. Although Loon ran into regulatory issues, Google’s spirit seems indomitable in connecting rural India to the Internet.

“We run two separate initiatives in India to get more people online. We have a programme named ‘Internet Sathi’ where we partner with Intel and Tata Trust to help women with bicycles who in turn go and educate other women in many villages. This project is running as a pilot in 1,000 villages in three states,” Pichai said.

The Mountain View-based company runs also runs another initiative which helps more women get online — Helping Women Get Online. “The pilot project is now going national where we are aiming to get women online in 300,000 villages in three years which is half of Indian villages,” added Pichai.

The second is an upgraded translation service called Tap to Translate, which provides real-time translation into almost a dozen Indian languages as you type, and works across all applications on Android devices.

The tech giant is also working to make search easier by incorporating multiple Indian languages in its voice recognition software, making it work for slower networks typically found in India and tailoring search for local interests like cricket and Bollywood.

“When I joined google in 2004, we had only 2 offices in India. Today, we have 4 offices and 1500 people. We are hiring both in Bangalore and Hyderabad,” said the company’s Chennai-born CEO Sundar Pichai, delivering the keynote address at the Google for India event.

“What inspired me to join Google was the fact that Google search worked the same whether you were a Stanford professor or a poor kid in a small Indian city. This country has given me and Google so much that I hope we can give back much more to India in the months and years ahead.”

Pichai — who became Google’s top boss in August after the company became part of a larger firm known as Alphabet Inc — also pointed out that the company was focusing on the next billion people to come online, enumerating the company’s drive in including Indic languages in its software and enabling 400 railway stations with WiFi.

After decades of lagging behind the Digital revolution, India has now emerged as a hot destination for global software majors due to its lucrative market of middle-class professionals and a billion people still off the web, many of whom have logged online in recent years due to a mobile phone boom.

“In October, searches from mobile overtook desktop for the first time globally. But in India, they crossed the desktop in May 2013 because you guys are way ahead on mobile,” said Tamar Yehoshua, vice-president of Search.

The company also focused heavily on increasing its web footprint in India and across the world, over half of whose population is still off the internet grid.

“We are working to hopefully bring Project Loon to India in rural communities where there are very few people connected to the internet. We want people who come on to this network to not just take small leaps but soar,” said Marion Croak, vice-president of Access.

“The solutions that are born in India are going to revolutionise the way we solve problems around the world, because it’s such a challenging country to work in.”

The 43-year-old alumnus of the Indian Institute of Technology, Kharagpur, is the latest tech leader to visit India over the last 12 months after Alibaba’s chairperson Jack Ma, Facebook founder Mark Zuckerberg and Microsoft CEO Satya Nadella.

Pichai is in India along with eight Google vice-presidents, including those for Search, YouTube, Maps, and Android among others. He is scheduled to meet Prime Minister Narendra Modi, finance minister Arun Jaitley and telecommunications minister Ravi Shankar Prasad on Wednesday and will interact with students at the Sri Ram College of Commerce on Thursday.

Last year, Pichai visited India to launch Android One, a program in which the world’s largest search engine partnered with Indian handset makers Spice, Micromax and Karbonn (and later Lava) to sell low-cost $100 devices that ran the latest version of Android.

The Android One phones supported seven Indian languages out of the box, including for dictation and voice commands. They also feature local news publications and magazines in the Google Play Newsstand.

Android One eventually rolled out in 11 countries, but it never really took off. Google sold about three million Android One phones in all but negligible compared to the growth of Android around the world. Google, however, is tight-lipped about plans to reboot Android One.

The Mountain View-based company has also been silent on net neutrality, a polarising issue that has been the subject of fierce debate in India this year. Google supports net neutrality in the United States but it has not said that publicly in India.

A report in the Economic Times said that the company was planning to roll out its own Free Basics-like zero-rated service in India but put on the back-burner after seeing the backlash against Facebook’s Internet.org.