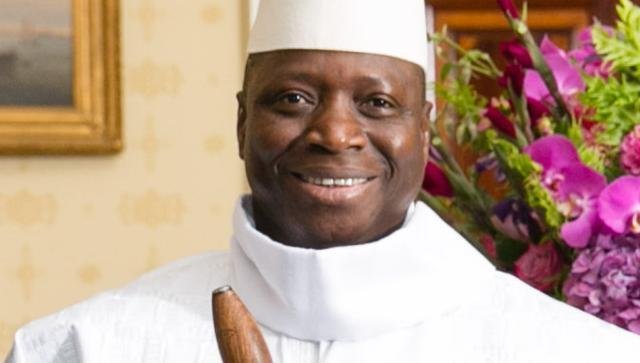 President Yahya Jammeh has declared the Gambia “an Islamic state”, but stressed that the rights of the Christian minority in the small west African country would be respected and that women would not be held to a dress code.

The announcement came as the President addressed supporters in the coastal town of Brufut on Thursday, and the comments were later broadcast on state television and repeated on his website.

“Gambia’s destiny is in the hands of the Almighty Allah. As from today, Gambia is an Islamic state. We will be an Islamic state that will respect the rights of the citizens,” he was quoted as saying on the presidential website.

In television footage of the address on GRTV, seen by AFP on Saturday, the President did not go into detail about what the change would mean for the country, but he reassured Christians and followers of other faiths they would be able to worship freely.

“Christians will be given their due respect. The way of celebrating Christmas will continue,” he said, adding that no one had the right to interfere with others’ “way of life”.

He also warned against trying to impose a dress code on women.

“I have not appointed anyone as an Islamic policeman. The way women dress is not your business,” he said.

An impoverished former British colony nestled within Senegal, and famed for its white-sand beaches, the Gambia has a population of nearly two million — 90% of whom are Muslim.

Of the remainder, eight percent are Christian and two percent are defined as having indigenous beliefs.

Jammeh, 50, a military officer and former wrestler from a rural background, has ruled the country with an iron fist since he seized power in a coup in 1994.

Opponents say he has become increasingly paranoid, regularly reshuffling his ministers and keeping only a tiny circle of trusted allies close to him.

He cultivates the image of a practising Muslim, and is often seen holding a Koran or prayer beads, and of promoting an aura of mysticism.

He also regularly rails against the Gambia’s colonial past, blaming it for many of the country’s woes. In March 2014, Jammeh said Gambia will drop English as its official language, without specifying which of the country’s indigenous tongues would replace it.

The main opposition party on Saturday poured scorn on the President’s unexpected proclamation of an Islamic republic, saying it had no legal basis.

“President Yahya Jammeh’s pronouncement or declaration is unconstitutional, it has no constitutional basis and… it is an unlawful declaration,” Ousainou Darboe, the secretary general of the main opposition United Democratic Party, told AFP.

“It is becoming ridiculous that whenever he wants to divert pubic attention from what is happening in the country, he attacks colonialism,” Darboe said.

Human Rights Watch this year branded Jammeh’s regime one of the most repressive in the world, blaming paramilitaries and secret police for torture, disappearances and extrajudicial killings.

In 2013, Jammeh withdrew his country from the Commonwealth, saying it represented “an extension of colonialism”.