Fine up to Rs 100 crore, jail likely for wrong map of India’s borders 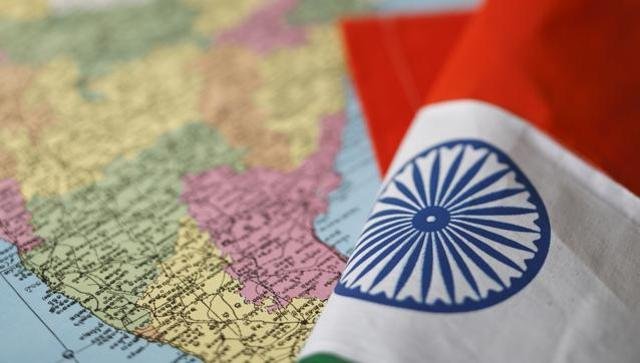 Depictions of India’s map that waver from the government-approved version could land the violators in jail with a maximum term of seven years and a fine of up to Rs 100 crore.

The government measure comes in the backdrop of international agencies, social networking sites and online services such as Google Maps showing regions of Jammu and Kashmir and Arunachal Pradesh as a part of Pakistan and China respectively.

The draft ‘The Geospatial Information Regulation Bill 2016’ makes it mandatory to take permission from a government authority before acquiring, disseminating, publishing or distributing any geospatial information of India.

“No person shall depict, disseminate, publish or distribute any wrong or false topographic information of India including international boundaries through internet platforms or online services or in any electronic or physical form.”

“Whoever acquired any geospatial information of India in contravention of the law shall be punished with a fine ranging from Rs 1 crore to Rs 100 crore and/ or imprisonment for a period upto seven years,” according to the draft bill.

But the draft version of the bill appeared to have been taken down from the website of the home ministry hours after it was uploaded.

The controversy comes months after Twitter showed the geographical location of Kashmir in China and Jammu in Pakistan, triggering protests from the Indian government and a subsequent alteration.

The government also proposed to set up a Security Vetting Authority to carry out security vetting of the Geospatial Information of India in a time bound manner and as per the regulations framed by an apex committee.

This clause could land online giants such as Google and app-based cab service apps such as Ola and Uber in trouble as all agencies will now have to apply for a licence before acquiring any geospatial data.

This is bad news for Ola, Uber and Google who often use crowd sourcing to build their maps and keep their directions and traffic information up to date. All this might become illegal under the new draft law.

The Security Vetting Authority shall consist of an officer of the rank of Joint Secretary to the government of India or above as chairman and two members–one a technical expert and the other, a national security expert.

The draft bill will ensure that online platforms like Google will have to apply for a license to run Google Maps or Google Earth in India.

According to the draft bill, the Security Vetting Authority, on receipt of an application and after examining the application in terms of the guidelines, shall either grant the licence or reject the application as the case may be. If a licence is granted and the licensee fails to comply with the terms and conditions of this Act, rule, regulation or guidelines or order made thereunder, the Enforcement Authority may, after making such inquiry as may be thought fit, revoke the licence granted to such licensee.

The licensee shall be supplied with the security vetted Geospatial Information, by the Security Vetting Authority, within a period mutually agreed upon, based on the quantum and nature of the subject matter to be vetted, on best effort basis.

“Licensee shall display the insignia of the clearance of the Security Vetting Authority on the security vetted geospatial information by appropriate means such as water-marking or licence as relevant, while disseminating or distributing of such geospatial information,” the draft bill says.

Licensee will indemnify the Security Vetting Authority for any consequential loss or damages whatsoever that might be caused to any person or agency in India or abroad, due to the use or supply of security vetted geospatial information.

The act will extend to the whole of India and also applies to citizens of India outside India, persons in the service of the government, persons on ships and aircrafts, registered in India, any person who commits an offence beyond India.

No suit, prosecution or other legal proceedings shall lie against the central government or apex committee or Security Vetting Authority or Enforcement Authority on whom powers have been conferred pursuant to this Act, for anything which was done or purported to be done in good faith in pursuance of this Act or for any rule or regulation made under this act, the draft says.