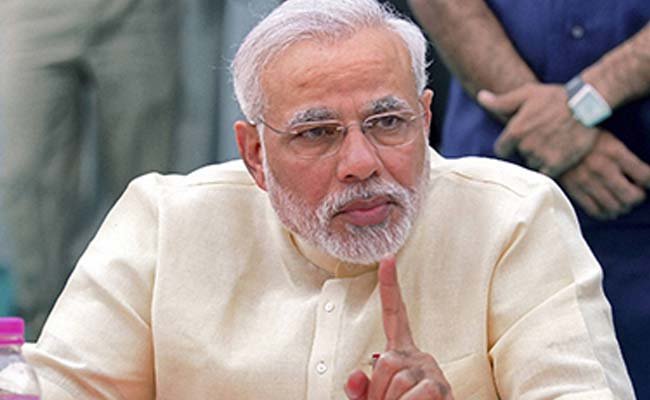 New Delhi:  Non-performance will no longer be tolerated: To drive home this Good Governance message of Prime Minister Narendra Modi, the Centre has ordered 33 senior officials of the revenue department to take premature retirement.

Over the last two years, 72 officials have also been dismissed following departmental and disciplinary action. But this was the first time that action was taken against such a large group.
All 105 officers were Class 1 officers and are above 50 years in age.

Action against the revenue officials was part of several measures to change the officials’ perception that poor performance or harassing the public would not impact their job, said a senior personnel ministry official.

PM Modi had been regularly receiving complaints from various departments about officials who were either indifferent or harassed the public.

In January, PM Modi had asked all departmental secretaries to take stern action against non-performing officials during a meeting called “pragati interaction”. Secretaries were asked to draw up a list of officials who were non-performing as a rule.

Later that month, the Centre had shortlisted 122 deputy secretary level officials in various ministries and departments. Of them, 17 were from the Defence ministry, 13 from higher education, 7 from the health ministry and 6 from commerce ministry. Even officials from critical units, like National Intelligence Grid and the National Scrutiny Council were on the list.

To scrutinise their records, the Department of Personnel and Training had written to the administrative officials of 34 departments seeking inputs.

The government is working on an exercise to rotate officers working in sensitive posts to improve efficiency.