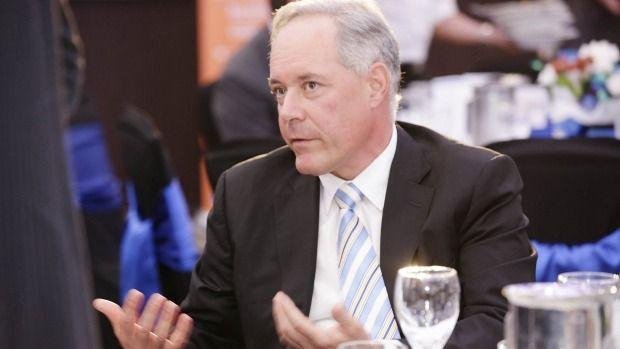 Morris Iemma had his scoring pen in hand when the call came to return to public life.

Mr Iemma has been appointed as one of six district commissioners on the Greater Sydney Commission, the powerful new agency with the potential to shape the future structure of the city.

But while the former premier of NSW says he is excited by the prospect of representing an area in which he has lived and worked his whole life, his appointment came out of the blue.

“I was watching my son representing NSW at a national cricket tournament and the phone rang as I was scoring,” said Mr Iemma. “It was a head-hunting company.”

“But I couldn’t really talk – I had a phone in one hand and a scorer’s pencil in the other.”

As a commissioner, Mr Iemma’s role will be to function as a bridge between the concerns of local councils and the commission, which is responsible for drawing up district plans across the city by the end of the year.

The role will also involve Mr Iemma chairing panels to determine large and potentially controversial developments in his district, an area covering Canterbury, Hurstville, Kogarah, Rockdale and the Sutherland Shire.

Mr Iemma, premier between 2005 and 2008, said he had no intention of applying for the position before he was contacted.

“When I read about it at the time, it seemed a really good initiative and a very interesting role,” he said.

After talking to the head-hunter, he was interviewed multiple times before his appointment was announced by Planning Minister Rob Stokes on Friday.

Lucy Turnbull, the prime minister’s wife and a former Sydney lord mayor, is the chief commissioner.

The appointment of the former Labor premier reflects attempt by Planning Minister Rob Stokes to establish a bipartisan consensus around the Greater Sydney Commission.

The commission has powers to redraw council local environment plans, which determine the size and shape of property developments.

“I am delighted to have Morris and Sheridan joining the Greater Sydney Commission, bringing their broad range of expertise to the team,” Mr Stokes said in a release.

Mr Iemma is a former member for Lakemba and Hurstville, and was known for his political skills as a local campaigner.

“The most immediate and the most important role that the district commissioner will have is to have formulated by the end of the year the district plan,” he said on Friday.

His district also intersects with the proposed conversion of the Sydenham to Bankstown rail line to a higher-frequency metro operation, and the associated plan to increase densities near stations.

“That’s going to be a really exciting part of it, but there’s some challenges there as well with local communities and the appropriateness of the scale of some of the development,” Mr Iemma said.

Mr Iemma has been heavily involved in junior cricket since he quit as premier. His son Matthew is a former under-14 NSW junior cricketer of the year.