Everyone has the right to have opinions: Farhan defends Aamir, SRK 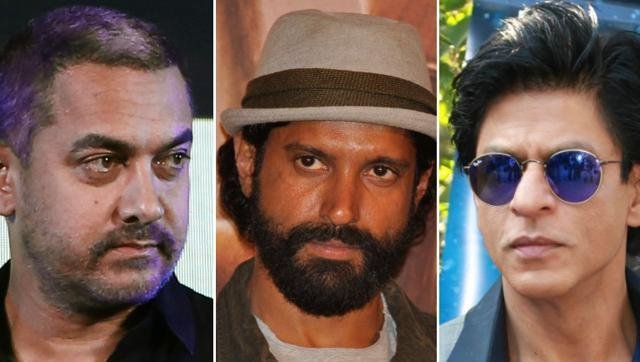 Bhaag Milkha Bhaag star Farhan Akhtar came to the support of Aamir Khan and Shah Rukh Khan on Monday over the “intolerance” controversy. He said that everyone has the right to have an opinion and one should not always suspect a conspiracy behind it.

Aamir and Shah Rukh found themselves at the receiving end of harsh criticism from their colleagues, fans and many politicians, after they expressed their views on the issue of growing intolerance in the country.

“You have people voicing a certain opinion, if you think they are wrong you can correct them, but there is a manner in which you do it, with a certain degree of respect. You cannot question the intention or (attribute) motive of conspiracy behind someone’s thought process all the time,” Farhan told PTI.

“I feel that is bit harsh on people, who have the right to speak their minds. You have to engage with them and find out why they are saying it. If they are wrong, you can correct them but in a way that is dignified for everyone,” he added. Farhan, who has directed both the stars, there should be freedom of speech.

The 41-year-old star also said that citizens do feel concerned if the Parliament does not function.

“We all are very concerned when the Parliament doesn’t function for the entire session because of the discourse being brought down due to a brawl…people walk out and nobody wants to engage with each other. I feel that is not the way progress can be made,” he said.