Juvenile bill to be tabled in RS today, govt hopes for its passage 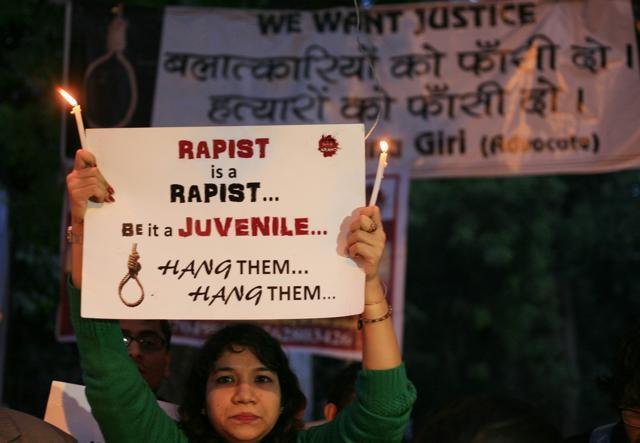 With demands for passage of the juvenile justice bill — that seeks to treat juveniles between 16 to 18 years as adults for committing heinous crimes such as rape – intensifying both inside and outside Parliament, the Rajya Sabha on Monday decided to take up the legislation for discussion on Tuesday.

Alleging that important bills of national interest are not being passed due to “obstructionist” politics of Congress, parliamentary affairs minister M Venkaiah Naidu said, “This government was serious to amend the Juvenile Justice (Care and Protection of Children) Bill, 2015. That’s why we brought this Bill and listed several times in the last session as well as this session.”

Noting that the bill was listed in this session on three occasions on December 8, 10 and 11, Naidu said that the same was also listed for 12 days in a row in the last session.

“This government had made attempts to pass this Bill by listing several times in Rajya Sabha but could not succeed,” he said and blamed it on obstructions by Congress.

“Tomorrow as Congress agreed, I hope this Bill will come up for discussion. The passage of this Bill will be a tribute to Nirbhaya. We should pass this Bill so that in future such things do not re-occur and it acts as a deterrent. I am hopeful the Bill will be passed tomorrow,” Naidu said.

The bill has been languishing in the Upper House since the budget session.

The decision comes against the backdrop of the Supreme Court on Monday rejecting the plea against release of the ‘juvenile’ offender in December 2012 gang rape case.

Though members cutting across political divide batted for expeditious passage, there is still a lot of uncertainty over whether the bill, which has some contentious provisions, would be cleared in the remaining two days of the winter session.

Congress sources said the party is divided on the JJ bill as a section is keen on its early passage keeping in mind the “huge public sentiment” in its favour while some leaders argue that the proposed legislation has some “several flaws” and hence should be referred to a select committee.

Earlier, at the all-party meeting on Friday, it was decided that the bill be referred to a Rajya Sabha Select Committee.

When the House convened on Monday, Trinamool leader Derek O’Brien said he has given a notice under rule 267 seeking suspension of business and taking up the Juvenile Justice (Care and Protection of Children) Act, 2014. He said the government has not even listed the juvenile bill for discussion and passing. “It is incumbent upon the House to listen to what is going on outside. It is not a perfect bill but let us list it and pass the bill,” he said.

Miniter of state for parliamentary affairs Mukhtar Abbas Naqvi said the bill was listed on December 8, 10 and 11. “We have listed it for tomorrow,” he said, adding “if all agree the bill can be taken up for discussion today itself.” At this, leader of the opposition Ghulam Nabi Azad said the bill is not listed for the day even though the Congress had at the all-party meeting agreed to its passage.

Outside Parliament, IT minister Ravishankar Prasad targeted Congress. “The bill has been thrice listed in the past for consideration and passage in Rajya Sabha. But the House has not been able to run,” he said.

SP leader Ramgopal Yadav blamed “politics” for the delay in the passage of the bill. On Monday, when the matter came up in the House, parliamentary affairs minister M Venkaiah Naidu said the government is ready to discuss the bill by bringing it in an additional agenda. However, with the opposition not relenting, the government decided to take up the bill on Tuesday.