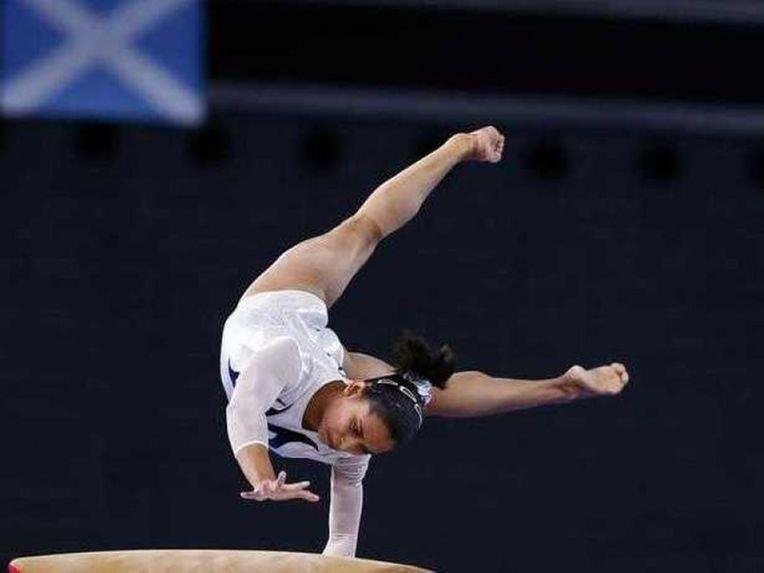 Dipa Karmakar made history as she became the first Indian woman gymnast to qualify for Olympics. She completed her performance at the Final Qualifier and Olympic Test Event in Rio de Janeiro as she produced a strong show, finishing ninth in the first of the four subdivisions of the women’s artistic category.

The 22-year-old garnered a total score of 52.698 points in the Olympics qualifying event to book a berth for artistic gymnastics in Rio Games to be in August. Her first vault, the much difficult Produnova, gave Dipa 15.066 points, the highest among the 14 competitors. But a poor show in the uneven bars took her points down as she collected 11.700, the second worse among the 14 participants.

Since independence, 11 Indian male gymnast have taken part in the Olympics (two in 1952, three in 1956 and six in 1964) but this will be the first for an Indian woman at the Olympics.

“Following the Women’s Qualification Competition at the Gymnastics Test Event in Rio, the International Gymnastics Federation (FIG) herewith confirms the list of nations and individual gymnasts that have qualified for the Rio 2016 Olympic Games,” the world body said in its release.

Dipa has been listed as the 79th gymnast among individual qualifiers in the list of women’s artistic gymnast who have qualified for the Rio Olympics.

Her first vault, the much difficult Produnova, gave Dipa 15.066 points, the highest among the 14 competitors. But a poor show in the uneven bars took her points down as she collected 11.700, the second worse among the 14 participants.

Deepak Kagra, an international referee, said that after’s Dipa’s strong performance it was certain that she would qualify for Rio Olympics.

“It was a very good score from Dipa and we were certain that she would qualify. Now the world body has published the names of the gymnasts who have qualified for the Olympics and her name is there. The gymnastics community is proud of Dipa’s achievements,” he told PTI.

The 22-year-old could not clinch an Olympic berth in the World Championships in November last as she finished outside the podium (fifth place).

She was earlier put as second reserve for the ongoing Olympic Test event in Rio but was informed last month that she had sneaked into the shortlist of participants.

Dipa had created history by becoming the first woman gymnast to win a medal — a bronze — in the Commonwealth Games in Glasgow in 2014. He then became the first Indian woman gymnast to feature in the finals of World Championships in November last.

The sport of gymnastics has been in turmoil in the country in the the last few years with rival factions holding elections and claiming to be the national federation. Even the camps for the gymnasts has been held under the aegis of Sports Authority of India.