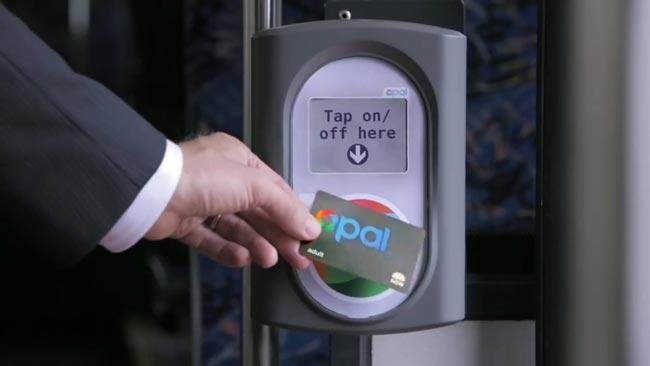 IT SOUNDS innocuous enough but an announcement on Monday of a trial using bank cards to tap on and off Sydney’s transport system could lead smartcards — such as Opal, Myki and Go — to become as quaint and old fashioned as cheques, just a few years after they were introduced.

As heralded by news.com.au in December, from 2017 Transport for NSW will allow passengers to use contactless credit and debit cards to pay for public transport meaning they can ditch their opal cards all together.

Similar to smartcards, passengers will tap on at the barriers with their debit card but the fare will be deducted directly from their bank account meaning there will be no need to top up ever again.

However, commuters outside of NSW will have a long wait for the new technology with smartcards likely to hang around until near the end of the decade in Melbourne, Brisbane and other major cities.

NSW Transport Minister Andrew Constance, who made the announcement at the Future Transport Summit in Sydney on Monday morning, said the trial was an Australian first.

“Contactless payment with credit and debit cards would offer customers another easy to use and convenient option for travelling.”

The first trials will take place in 2017 after new software has been installed in the current system — likely to be a not inexpensive process.

The current Opal card system cost $1.2 billion to install and followed a tortured earlier attempt at a smartcard, called Tcard, which was eventually abandoned.

In London, where contactless payments were introduced in 2014, more than 25 per cent of passengers — or more than a million people a day — have given up their smartcards for their credit card.

In December, the head of global payments giant MasterCard’s ‘transit centre of excellence’, Will Judge, who was previously involved in London’s Oyster smartcard, told news.com.au, NSW was in the box seat when it came to the next leap in ticket technology.

“We believe that Transport for NSW took some wise decisions in equipment they purchased that seemed to suggest they had an eye to the future,” said Mr Judge.

Transport systems needed to be easy to use or people will choose to drive instead, he said.

“How can you stop the thought process of someone going, ‘I’m in a hurry, I’d like to get on that bus, can I get a ticket in that shop over there and will the bus still be there when I get back?’ to a much more spontaneous, ‘Great there’s a bus, I’ve got something in my pocket I can pay with, I just get on, tap and ride it’.”

Using bank cards has another benefit — the card you use to tap on in Sydney you can use to tap off in London saving people from a wallet full of different smartcards.

However, those outside of the emerald city may have a long wait to get their own trial.

Neither south east Queensland’s $140 million Go Card system or Public Transport Victoria’s [PTV] bespoke $1.3 billion Myki system, both of which went live in 2008, are unlikely to be able to make the change any time soon.

The technology they run off was introduced years earlier than Opal and, as such, is significantly older.

A spokesman for PTV told news.com.au they were in the midst of a tender process to contract a provider to operate the existing Myki system.

“Our main focus is the continuity of ticketing services but the chosen vendor must have the capability to identify and deliver future technologies that support service improvements and revenue growth,” the spokesman said.

News.com.au has contacted Queensland’s transport authority to ask when a bank card trial, similar to Sydney, was likely to happen.

Last month, news.com.au revealed that NSW transport bosses were working on a single-use Opal card that will see single and return paper ticket finally consigned to the history books.

Despite Monday’s announcement being an Australian first, in London passengers are beginning to pay for travel with their mobile phones, banishing their bank cards altogether.