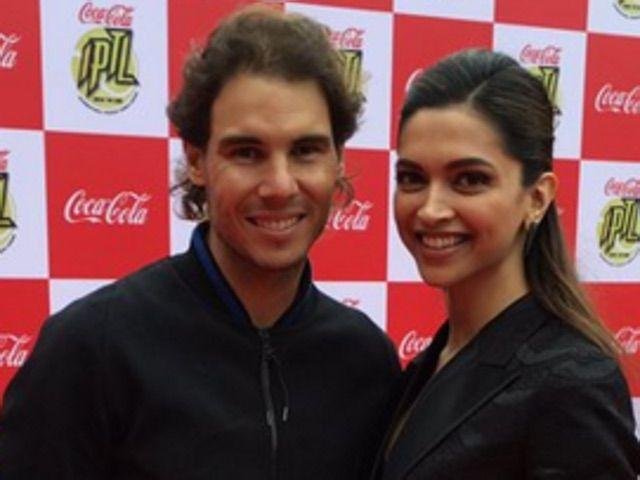 Bollywood’s ‘Mastani’ Deepika Padukone met tennis star Rafael Nadal in the national capital this weekend and both had “incredibe” things to say for each other. Deepika used to be a sportsperson in her teenage years and is daughter of Indian badminton player, Prakash Padukone.

The Spanish tennis icon was the first to go as he shared an image of both of them together and wrote, “Con la increíble @DeepikaPadukone en #Delhi 🙂 With the incredible Deepika Padukone in #Delhi! #Bollywood.”

Deepika, who was in Delhi to promote her upcoming film Bajirao Mastani, also took to Twitter. “Thank you Rafa for some wonderful memories… @RafaelNadal,” Deepika tweeted along with a photograph which showed the two striking a happy pose.

Deepika looks every bit a professional as well as elegant in striped pants and a classy black blazer, while Rafa looks casual in a pair of denims and a black jacket. She also shared the picture on her Facebook account.