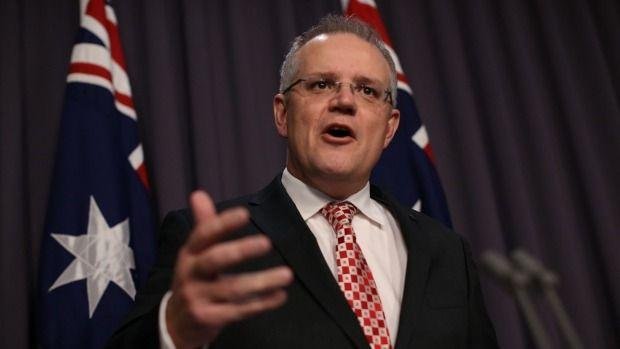 The federal budget deficit will blow out by another $26.1 billion over four years, according to the mid-year economic update, while growth forecasts have also been downgraded over the same period.

It means the prospect of a balanced budget has again been delayed and is now predicted, assuming non unforeseen deteriorations, to occur in 2020-21. It had been predicted for 2019-20.

Over the next decade to 2025-26, net debt is now projected to reach $263 billion, rather than the $201 billion projected just six months ago.

The budget update shows a $2.3 billion increase in the deficit from the May budget, which is now projected to reach $37.4 billion in 2015-16, up from $35.1 billion projected in Joe Hockey’s second budget.

Unemployment is forecast to touch 6 per cent in mid-2016 and mid-2017, up from 5.8 per cent in November, but that is a lower peak than previously forecast.

But despite the hit to the budget bottom line since the federal budget was handed down in May, the government claims to have more than offset the hit to revenue with a net $400 million in savings found.

Major savings measures included in the mid-year update, which is Treasurer Scott Morrison’s first, include tougher measures to tackle welfare fraud by identifying discrepancies between Tax Office and Centrelink income data, which is forecast to save $1.3 billion over three years from July 1, 2016.

Another $930 million will be saved over four years from 2015-16 by changes to “family assistance law to improve the integrity and sustainability of the family day care sector”.

A 500 project cap on the number of Green Army projects – one of former prime minister Tony Abbott’s signature policies – will save $317.5 million over four years.