Comfort food: One in three employees eat the same lunch every day 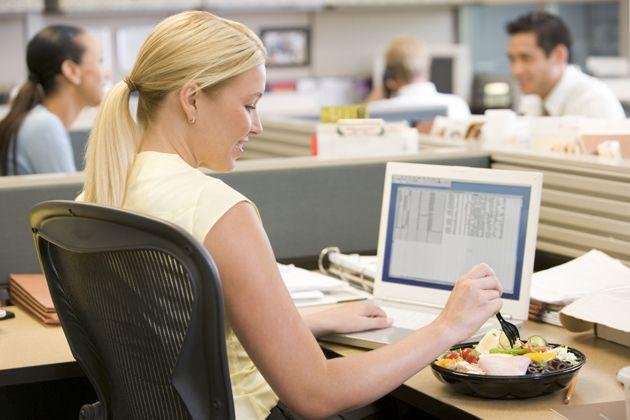 Scoffing sandwiches at your desk is hardly a recipe for an exciting diet.
And a study has now revealed just how boring office workers’ lunches are – with a third eating the same thing every day.
Cheese, ham and chicken sandwiches the top three favourites.

Half of the 2,000 employees polled by Lurpak were bored by lunch, taking an average break of 35 minutes – but ate the same food every day because it was convenient or they were used to the routine.

Thryth Jarvis, for Lurpak, said: ‘Lunchtime should be something we look forward to, yet this research shows that the traditional lunch hour may be a thing of the past with Brits taking just 35 minutes on average for their break.

‘So many of us are in a rut and don’t have the energy, time or confidence to try something new.’
The study also found that office workers spend an average of £13 a week on lunch, prefer brown to white bread on sandwiches, and usually eat crisps with their meal.
A list of the top 18 most popular lunches showed that jacket potato, sushi and curry were least likely to feature in an office worker’s lunchbox.