The annual India Australia Business & Community Awards 2015 (IABCA) gala sponsored by Kaden Boriss will take place on Friday 30th October at the IVY Ballroom in Sydney. IABCA engages, connects and recognises the role played by Australian Indians in shaping this nation via an awards ceremony. Nominations to the awards are now open  across 12 categories. Jenny is one of Australia’s most experienced and respected journalists and broadcasters. She currently hosts Insight (www.sbs.com.au/insight), Australia’s leading forum for debate and powerful first person stories. Each week, Jenny leads a lively conversation and dives deep into a single topic, bringing together surprising and unpredictable guests. Jenny has won numerous awards for her work over several decades, including the Gold Walkley for Excellence in Journalism, a 2013 Walkley for Best Interview (Insight’s ‘Young Mob’ episode), a Logie and two AFI Awards for documentary making. She began her broadcasting career with ABC television and radio news, has reported extensively both nationally and internationally, and hosted The Morning Show on ABC 702 Sydney. Her ground breaking feature length TV documentary Cop It Sweet, about Sydney’s Redfern police, won five major television awards. 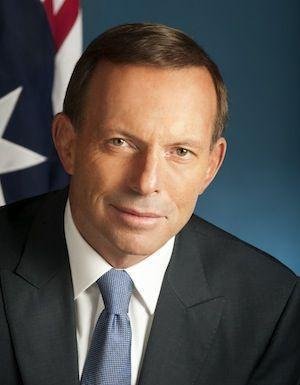 “I am pleased to provide this message for the India Australia Business and Community Awards 2015. This event is an opportunity to celebrate the achievements of an outstanding group of Indian Australians. These Awards come at a time when the potential for Australia’s relationship with India to grow and prosper has never been greater. This relationship dates back more than 200 years. In 1795, the very first cargo to be shipped out of New South Wales was mahogany and cedar bound for India. Today, India is our 5th largest export market and 11th largest trading partner with two-way trade in goods and services worth in excess of $15 billion. I pay tribute to the India Australia Business and Community Awards for its support of achievement and cultural exchange, and send my warmest congratulations to this year’s award recipients.

Ita Butrose AO, OBE is 2013 Australian of the Year

I am delighted that Alzheimer’s Australia has been chosen as the charity partner for the India Australia Business and Community Awards. As National President of Alzheimer’s Australia from 2011 to 2014, and in my ongoing role as an Ambassador, I have seen first-hand the important work our organisation does to support Australians with dementia and also their families and carers. Having the opportunity to be involved in events like the Awards gives us the opportunity to share with more people the constant and growing issues surrounding dementia. I thank everyone at IABCA for the opportunity to raise awareness about a topic that is close to my heart. I look forward to seeing you all there.

Nominations will open Wednesday 8th April and close Friday 12th June 2015. Click here to nominate. Nominating for IABCA will help gain recognition at a local, state and national level. It will raise community profile and showcase businesses to a global audience, while celebrating successful migrant journeys.

(There are no fees associated with nominating. In 2015, IABCA nominations are paperless. We have invested in sophisticated software that will allow you to conduct the entire nomination process online, making it an effective paperless and environmentally friendly process.)

 Young Professional of the Year 2015

 Community Association of the Year 2015

 Business Leader or Professional of the Year 2015

 Educational Institute of the Year 2015

 Indian Restaurant of the Year 2015

 Brian Hayes QC, a Barrister and Legal Policy, Environmental and Human Rights Lawyer and Institutional Advisor, Adjunct Professor Uni SA, Consulting Editor and Planning Law SA. He is an Hon Life Fellow of the Planning Institute of Australia and former Chairman of the Bar Council of SA and a Distinguished Fellow of the Australia India Institute

 Dr Marlene Kanga AM is currently a board member of Sydney Water Corporation, the Acting chair of the Innovation Australia board and chair of the R&D Incentives Committee and Director of iOmniscient Pty Ltd

 Dr Sev Ozdowski OAM FAICD, is Director, Equity and Diversity at the University of Western Sydney and Hon. Professor in the Centre of Peace and Conflict Studies at Sydney University and Chair of Australian Multicultural Council and President of the Australian Council for Human Rights Education