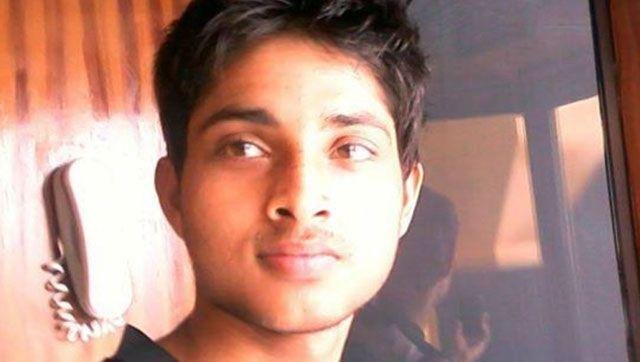 In another tragic on-field incident after Phillip Hughes’ death last November, a promising Bengal batsman Ankit Keshri on Monday passed away owing to an injury sustained during a Cricket Association of Bengal’s Senior one-day knock-out match on April 17.

Keshri was in hospital for the past three days and was showing signs of recovery till Sunday evening when he was given oral food. However, in the early hours of this morning, Keshri suffered a massive cardiac arrest and was put on ventilator before he was declared dead.

The 20-year-old, a talented right-hander, had captained the Bengal U-19 team in Cooch Behar Trophy and was in the 30-member India U-19 probables list for the 2014 Colts World Cup in the United Arab Emirates. He was also playing for Bengal A (U-23 side) in CK Nayudu national Championship.

In what can be considered a cruel twist of fate, Keshri was not a part of the playing XI and was the 12th man of the side in the fateful match. He came to replace Railways Ranji all-rounder Arnab Nandi, who had taken a break.

The incident happened at the Salt Lake ground during a one day match between local giants East Bengal and Bhowanipore club.

“Fielding at sweeper cover, Keshri rushed to take the high catch as left-arm pacer Sourav Mondal too ran on his follow through. It was as freak an accident as possible,” Bengal A coach Jaideep Mukherjee, who was present at the ground, told PTI.

After colliding with Mondal, blood spurted out of his mouth as he fell unconscious. Former Bengal spinner Shivsagar Singh and batsman Anustup Majumdar rushed to attend him.

Shiv Sagar, in fact, tried the mouth to mouth resuscitation by giving him CPR (Cardiac Pulmonary Resuscitation) after which he started breathing again. He was then taken to the Nightingale nursing home.

“There was no external injury but Keshri fainted as fellow mates Anustup Majumder and Shiv Sagar Singh resuscitated him. He gained some consciousness and was rushed to nearby AMRI. From there he was admitted to Nightingale Hospital,” Mukherjee further added.

“I am not in a position to speak. I am feeling devastated and I don’t know what his parents must be going through. His body will be brought to East Bengal tent before being taken for last rites,” a distraught CAB joint secretary Subir Ganguly said.

In fact the veteran official returned from Kolkata airport even though he was supposed to reach Delhi in the afternoon for the IPL governing council meeting. “I am not in a mental frame of mind to attend any meeting,” the joint secretary said.

India A captain Manoj Tiwary sounded equally devastated. “I did not want to get this news. A fine young talent who should have played Ranji Trophy in a year or two. I am told he suffered cardiac arrest in the morning. A 20-year-old suffering heart attack after scans showed that there was not hemorrhage,” said Tiwary.

“Saddened by the demise of Ankit Keshri. A promising career aborted by an unfortunate incident on field. May God give strength to his family and friends to cope with this loss,” Tendulkar tweeted.

“When I landed in Delhi this morning I got the news of Ankit Keshri. I knew he was in hospital, getting treatment because of a collision on the ground and from there to get to know that he is no more with us is heart-breaking and devastating. May his soul rest in peace,” former Indian cricket captain Sourav Ganguly said in a condolence message.

“I have been part of selection meetings where his name was often selected and everyone had high hopes about him but to lose an young talent like Ankit is beyond imagination,” said Ganguly.

In November, Hughes passed away at the age of 25, two days after he was struck in the neck by a bouncer with the incident sparking a massive outpouring of grief across the world.