Barack Obama Warns US Presidency Is Not A ‘Reality Show’ 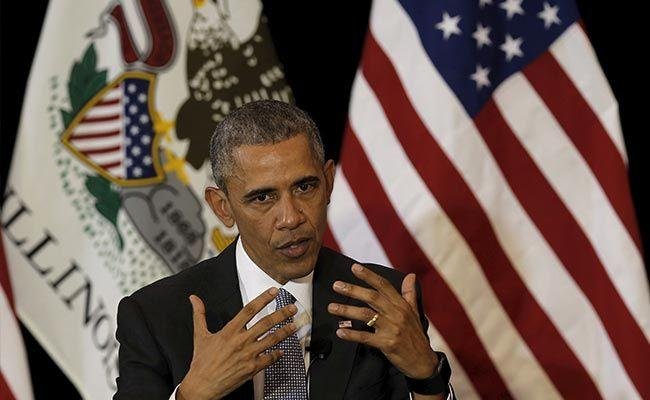 Washington, United States:  President Barack Obama called Friday for Donald Trump’s White House bid — and his past record — to be held up to close scrutiny as he warned the US presidency was not a “reality show.”

“We are in serious times and this is a really serious job. This is not entertainment,” Obama told reporters when asked about the presumptive Republican nominee, and long-time star of the TV show “The Apprentice.”

“This is not a reality show,” Obama said.

“This is a contest for the presidency of the United States. And what that means is that every candidate, every nominee needs to be subject to exacting standards and genuine scrutiny.

“It means that you’ve got to make sure that their budgets add up.”

Trump has raised howls of protest even within his party with his harsh, free-wheeling style of speech and proposals ranging from banning Muslims from entering the United States to building a wall to keep out Mexican migrants to slashing US funding for NATO so allies have to pay more.

“He has a long record that needs to be examined, and I think it’s important for us to take seriously the statements he’s made in the past,” Obama said.