Health alert as Sydney shrouded in think blanket of smoke 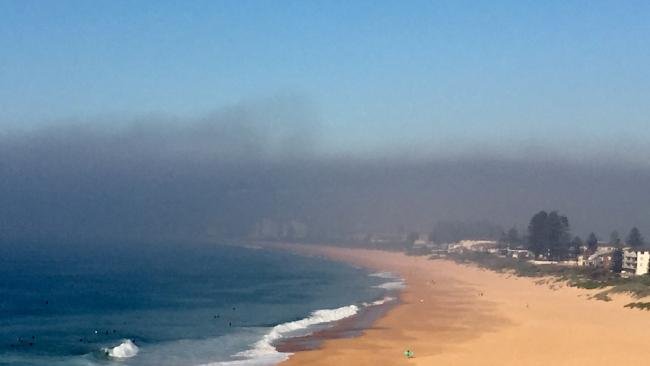 AUTHORITIES have issued a health alert after Sydney became shrouded in an eerie thick blanket of smoke covering large parts of the city today.

The eerie scene were caused by large scale back-burning carried out by the NSW Rural Fire Service (NSW RFS) in the Blue Mountains.

The smoke was especially thick on the harbour and is blanketing the Sydney Harbour Bridge and Opera House.

The hazard reduction fires surround Sydney, ranging from Lithgow, Wentworth Falls, Glenbrook and Leumeah in the west, to Wyong in the north, and several controlled burns near Nowra.

Low temperatures had caused the smoke to settle overnight according to the NSW Rural Fire Service on Twitter.

The NSWRFS issued a health warning to minimise the smoke’s impact. They advised asthma sufferers to carry their reliever medicine and reduce all outdoor activity while the smoke persists.

In Sydney’s west, the smoke that was hanging over the area on Friday night and Saturday morning had already started to drift east towards the coast.