India could soon use drones to transfer human ORGANS 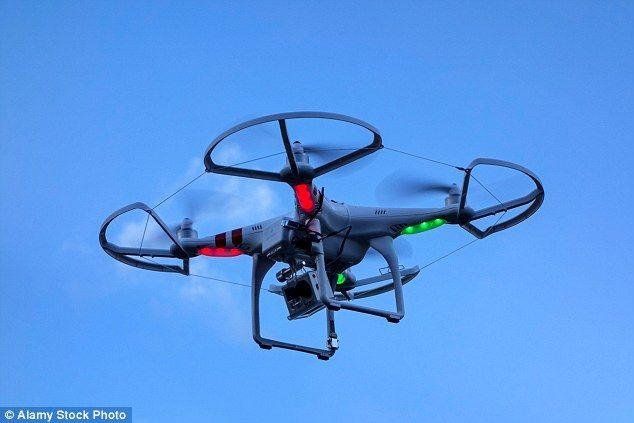 For someone who is in need of an organ transplant, every second counts.

To save more lives, a group of scientists in India have designed a new method of transportation that is much faster than hauling them in the back of an ambulance.

Called, Rs 100-crore National Programme for Micro Air, the project is set to use unmanned aerial vehicles to delivery of hearts and other vital organs, cutting time by more than 50 percent.

The heart can be stored up to 10 hours, a kidney 24 and a liver 12 to 15, and the inventor of India’s indigenous fighter Light Combat Aircraft wants to develop a method to deliver them sooner.

‘The main focus will be on transporting hearts as other organs can be preserved for longer after harvesting,’ Kota Harinarayan, who was the Vice-Chancellor of the University of Hyderabad, told Times of India.

The traditional method is referred to as a ‘green corridor’, which was established two years by the Mumbai traffic police.

This initiation entails police escorting an ambulance, as to move around traffic – usually a specific traffic lane is chosen and all signals on the route stay green.

Kota and Dr K Ramachandra from the National Design and Research Forum are leading the project along with the help of other experts in the US to iron out all the details.

‘Once the specifications from doctors and engineers are finalized — the first leg of the process is expected to be complete this week — we will take the project to the government for funding and clearance,’ Kota said.

Kota’s expertise lies in aerospace science, but has reached out to doctors in India and the US to discuss the kind of facilities organs need in order to be delivered safely.

As of right now the team has two options: design a drone with technology to preserve organs or variants that are able to carry the organ in a special box.

‘We have demonstrated several technologies as part of the NP-Micav programme that was funded by the Centre,’ said Ramachandra.

‘For this project, we are looking at a vehicle of the regular UAV size and not the micro size.’

The initial design will be able to carry up to 250 grams of weight, but the team hopes to reach a 100-km range.

India isn’t the only country looking to the skies for help with transporting organ.

A Chinese firm recently unveiled a self-flying ‘passenger drone’ that they say can be used to deliver human organs.

EHang revealed a collaboration with Lung Biotechnology PBC to develop and purchase up to 1,000 units of an evolved version of the 184, the world’s first autonomous drone for humans, to automate organ transplant delivery.

The two companies have agreed to work together over the course of the next fifteen years to optimize the 184 for organ deliveries, a program which they are calling the Manufactured Organ Transport Helicopter (MOTH) system.

Lung Biotechnology specializes in manufacturing lungs and other organs for transplant using a variety of technologies, including pig-to-human xenotransplantation, as well as regenerating them from stem cells.

It plans to station the MOTH rotorcrafts outside of its organ manufacturing facilities, and use preprogrammed flight plans to hospitals and re-charging pads within the MOTH radius so that the manufactured organs can be delivered within their post-production window of viability.

This huge shift in organ production and delivery has the potential to save tens of thousands of lives.

The 184, which is an autonomous drone capable of carrying a passenger more than 10 miles through the air at speeds up to 65 miles per hour simply by entering a destination into its accompanying smartphone app, is perfected suited for a variety of medical emergency transport.

The company says the 184 is autonomous, so all the passenger has to do is enter in their destination in the smartphone app, sit back, and let the drone take over.

EHang said the vehicle is primarily designed for traveling short-to-medium distances — around 10 miles — and will fly at around 60 miles per hour.

The firm will also have a command center that employs people to make sure everything is safe — sort of like an air traffic controller at an airport.

The command center will monitor every 184 in the air 24/7 and the company plans integrate with existing air traffic controller operations.

No official launch date has been set, but the company said commercialization will begin in a few months.

EHang will first launch in the China and set up a command center there, where it will employ around 300 people, but the US isn’t far behind.