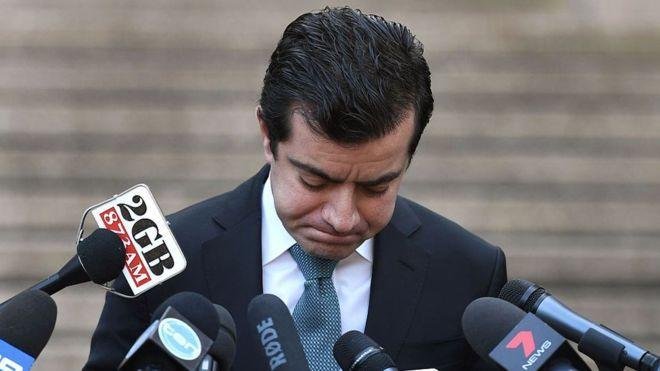 The Labor senator was heavily criticised for allowing the Yuhu Group to pay for a legal bill in late 2014.

The payments were first reported by Australia’s Fairfax media.

There is now an investigation into whether the New South Wales senator broke federal and state political party rules.

“It is clear that the ongoing examination of my behaviour is taking attention away from bigger issues facing Australia and Australians,” he told a news conference on Wednesday.

“I made a mistake and I’m paying the price”.

Labor leader Bill Shortern had said he would not sack Mr Dastyari and that he deserved a second chance.