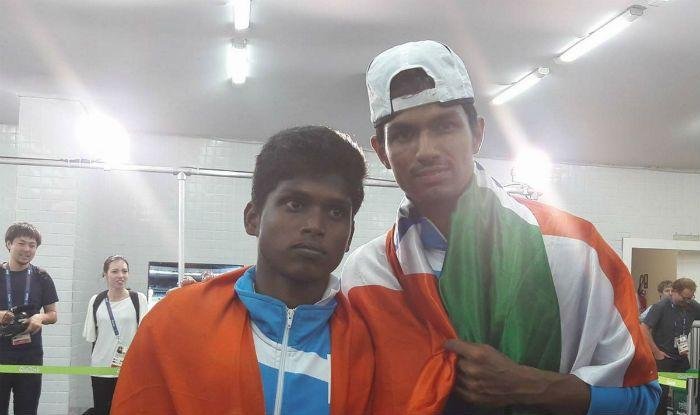 Mariyappan Thangavelu made history at the Rio Paralympics as he clinched the gold medal in men’s high jump T-42 atRio Paralympics on Friday. Another Indian Varun Singh Bhati won the bronze medal.

T42 is disability sport classification for differently abled track and field athletes with single ‘above the knee’ amputations or a disability that is comparable.

The 20-year-old Thangavely, with his stellar effort at Rio Paralympics, became the first Indian high-jumper to win a gold medal at Paralympics. He is also the third Indian to win a gold at Paralympics after Murlikant Petkar (Swimming, 1972 Heidelberg) and Devendra Jhajharia (Javelin Throw, 2004 Athens).

After Thangavelu and Bhati’s feat, India’s overall medal tally in all the Paralympics so far has reached 10 – three gold, three silver and four bronze. At the 2012 Paralympics, HN Girisha became the first Indian high-jumper to win a medal.

The 20-year-old Mariyappan hails from a small village of Periavadagampatti, 50km from Salem, in Tamil Nadu.

At the age of five, a bus accident left him with a permanent disability. He was going to school when the bus took a wrong turn and ran over Thangavelu’s right leg, damaging it below knee, according to a report in The Hindu.

But that was not a deterrent for Thangavelu to pursue his dreams. In his first competition, he competed with able-bodied athletes and finished second. His rise has been steady since then.

In March, Thangavelu cleared a height of 1.78m at the IPC Grand Prix in Tunisia, to achieve the A-Qualification Standard of 1.60.