As Team India coach, Ravi Shastri to be highest paid in cricket world 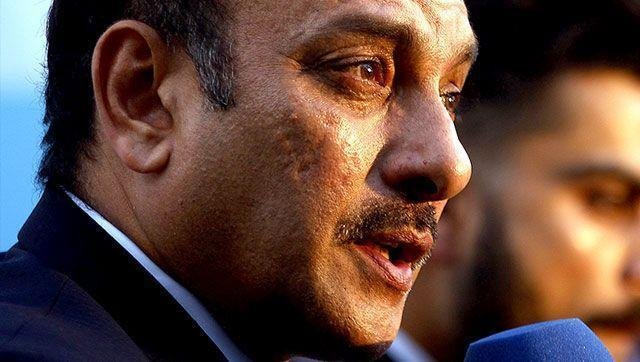 Team director Ravi Shastri will be the new India coach, BCCI sources have told HT. The Rs 7 crore-a-year-deal that will make the former skipper the highest paid cricket coach in the world is likely to be announced at the end of the Bangladesh tour.

The former all-rounder, who takes over from Zimbabwean Duncan Fletcher, will be the first Indian to hold the job after 2000 when John Wright of New Zealand ushered in the era of foreign coaches.

The Board of Control for Cricket in India, said sources, stopped looking for a new coach after Test captain Virat Kohli told them he wanted Shastri in the dressing room.

Credited with turning around the team’s fortunes ahead of the World Cup earlier this year after a winless three months in Australia, Shastri enjoys confidence of the squad. The overwhelming support pushed all other contenders out of the race, sources said.

There have been indications in recent days from Shastri as well and BCCI secretary Anurag Thakur that the 53-year-old could continue with the national team beyond the Bangladesh tour, for which he was retained as the director.

The “we will have another round of discussion after the tour of Bangladesh” line taken by Shastri and the board was in fact linked to his compensation package, having given up media commitments to take up the assignment, sources said.

Shastri, who had a Rs 4-crore a year contract with the BCCI as a TV commentator, will be the first cricket coach to be paid more than a $1 million (about rs 6.4 crore). He drew about Rs 6 crore annually as team director until the World Cup.

Fletcher, who joined Team India in 2011, was paid Rs 4.2 crore a year. His stint that ended with the World Cup in March was uninspiring. On his watch, India were whitewashed on tours of England and Australia. The performance was particularly bad in Test matches played abroad.

The BCCI was not willing to talk about the appointment, but Shastri made his intent clear before the Fatullah Test, saying there was no need for a separate coach as he could double up as one with three specialist coaches assisting him.

The board, source said, was planning to merge the role of team director and coach, appointing Shastri the head coach. Shastri will have a free run of team. On team’s performance, his word would be final. A plan to appoint a performance manager has been shelved, sources said.

Whether Shastri will have an annual contract or a fixed term would only be known before India leave for Zimbabwe in July, sources said.