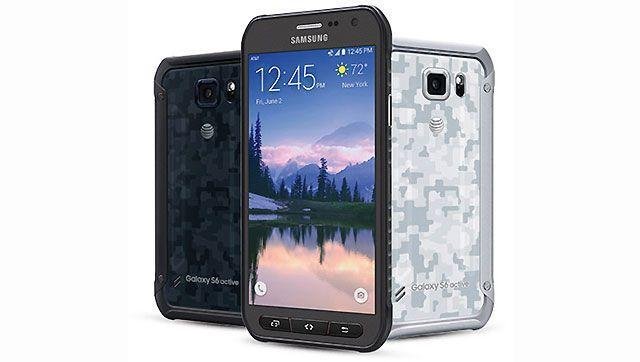 The Samsung Galaxy S6 Active, a a water and dust resistant version of the Galaxy S6 for outdoorsy adventurous types, was revealed by AT&T, the company that will have exclusive resale rights in the US.

Presented at the Mobile World Congress in Barcelona in early March, the Galaxy S6 is supposed to be more solid than its predecessors, thanks to its metal casing, but no longer offers a removable battery, nor the possibility of adding a microSD card.

This new model has basically the same characteristics as the classic version of the South Korean manufacturer’s flagship phone, including the 5.1″ QHD Super AMOLED screen (2560 x 1440 pixels), Exynos 7420 chipset and photo cameras of 16MP and 5MP. As for its three front buttons, they can be activated anywhere, even when wearing gloves.

However, with IP68 and Mil-STD-810G-certified protection, the Galaxy S6 Active can be submerged to up to 1.5 meters for up to 30 minutes and is completely dust-proof.
Thermal and shock protection have also been added for additional peace of mind. The S6 Edge does not have a similar version.

The Samsung Galaxy S6 Active will be available from AT&T starting on June 12, with an off-contract price of $695.10.