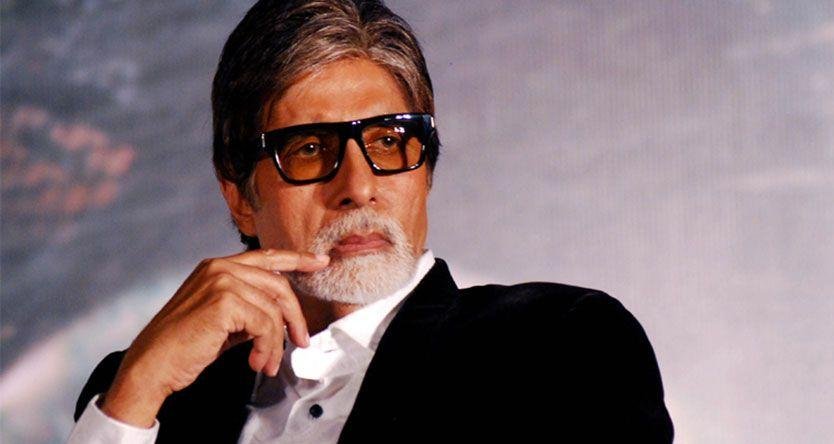 Amitabh Bachchan and 6 others have been served notice by the BMC for alleged illegal constructions near Film City, Goregaon, Mumbai. Rajkumar Hirani, Pankaj Balaji, Sanjay Vyas, Haresh Khandelwal, Haris Jagtiani and Oberoi Realty are included in the list of name of names who were first served this notice in December 2016.

The BrihanMumbai Municipal Corporation has served notice to actor Amitabh Bachchan and others for alleged illegal constructions on their swank luxury bungalows coming up near Film City in Goregaon east, RTI queries have revealed.
Along with Amitabh Bachchan, the BMC notice were served to director Rajkumar Hirani, Pankaj Balaji, Sanjay Vyas, Haresh Khandelwal, Haris Jagtiani and Oberoi Realty under the Maharashtra Regional Town Planning Act, on December 7, 2016, said activist Anil Galgali.
“The notices were sent after variations were observed by the BMC’s P-South Ward Office, in contrast to the Approved Plan of the bungalows scheme in Oberoi Realty’s Ciba Layout, near the Film City,” Galgali said. “They were ordered to remove the violations or submit a fresh plan to the Building Proposals Department.”
A BMC team which inspected the site found several alleged violations, including internal walls not built as per the plans, lifts not installed, internal works not completed, inclusion of elevation projection spaces into the flats, and basement works not done as per the sanction plans.
On receipt of the MRTP notice, project architect Shashank Kokil submitted a revised proposal on January 5 this year, but it was rejected by the BMC on March 17.
The rejection order was sent to the P-South Ward Office on April 11, conveying the final order to remove all the illegal constructions and violations on the project, said advocate Rajesh Dabholkar who is also pursuing the matter.
On May 6, the BMC decided to remove the violations on its own and restore as per the original sanctioned plans.
After nearly four months, on September 12, the P-South Ward Office issued a letter to the Building Proposal Department claiming that owing to non-clarity on the regularization proposal, it was difficult for them to take actions (to remove the violations) as per the MRTP Act and asked for suitable clarifiations.
“The BMC did not wait for any clarifications and demolished the unauthorised constructions of actor Shah Rukh Khan. It has also booked comedian Kapil Sharma and other stars promptly for flouting various laws,” said Galgali.
“Then why they are dilly-dallying when the matter concerns Amitabh Bachchan and other celebrities?”
He has shot off letters to Chief Minister Devendra Fadnavis and BMC Municipal Commissioner Ajoy Mehta seeking immediate action on the bungalow scheme of Bachchan and others by demolishing the illegal extensions and enclosures.
Dabholkar has sent separate letters on the same issue to the P-South Ward Assistant Municipal Commissioner and action against those officials allegedly colluding in the matter.