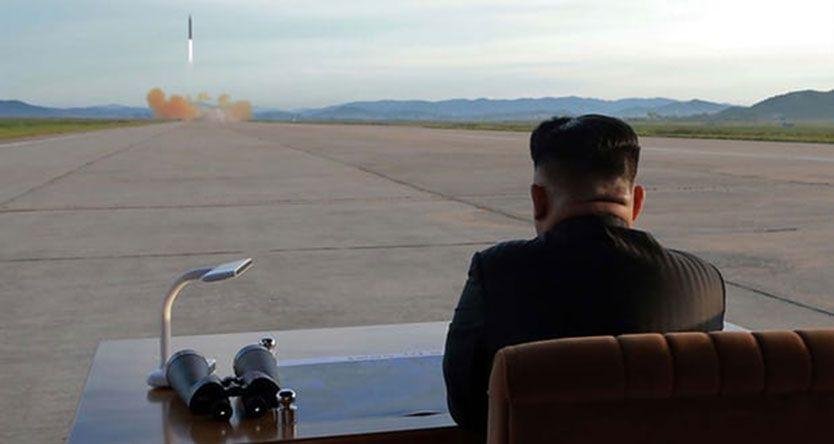 The North Korean foreign minister’s recent warning of a possible atmospheric nuclear test over the Pacific ocean should be heeded, a senior Pyongyang official has told CNN.

“The foreign minister is very well aware of the intentions of our supreme leader, so I think you should take his words literally,” Ri Yong Pil, a senior diplomat in North Korea’s Foreign Ministry, said in an interview aired on Wednesday.

North Korea’s foreign minister, Ri Yong Ho, said last month Pyongyang might consider conducting “the most powerful detonation” of a hydrogen bomb over the Pacific ocean amid rising tensions with the United States.

The minister made the comment after President Donald Trump warned that the US would “totally destroy” North Korea if it threatened the US.

CIA chief Mike Pompeo said last week North Korea could be only months away from gaining the ability to hit the US with nuclear weapons. Experts say an atmospheric test would be a way of demonstrating that capability. All of North Korea’s previous nuclear tests have been conducted underground.

Trump will visit Asia next week and he is expected to highlight his campaign to pressure Pyongyang to give up its nuclear and missile programmes. He declined to say on Wednesday whether he would visit the Korean peninsula’s demilitarised zone. “I’d rather not say, but you’ll be surprised,” Trump said.

His strategy has so far failed to stop nuclear bomb tests at an underground facility and test-firing of ballistic missiles over Japan and into the Pacific.

In spite of the bellicose rhetoric and repeated US warnings that all options, including military ones, are on the table, White House officials say Trump is looking for a peaceful resolution to the standoff.

Separately, the US Navy said in a statement the aircraft carrier strike group Nimitz had entered the 7th fleet area of operation, which includes the western Pacific and Indian ocean.

It joins two other carriers, the Ronald Reagan and Theodore Roosevelt, in the region. Additional aircraft carriers are usually viewed suspiciously by China and North Korea.

Navy officials said the Nimitz, which was previously carrying out operations in support of the fight against Islamic State in Iraq and Syria, would be ready to support operations in the region before heading back to its home port, and that the movement had been long planned.

- Advertisement -
Share
Facebook
Twitter
Pinterest
WhatsApp
Previous articleSalman Khan’s Bharat to arrive on Eid 2019. Here’s everything to know about the film
Next articleAmitabh Bachchan and 6 others get notice from BMC for illegal construction
- Advertisement -