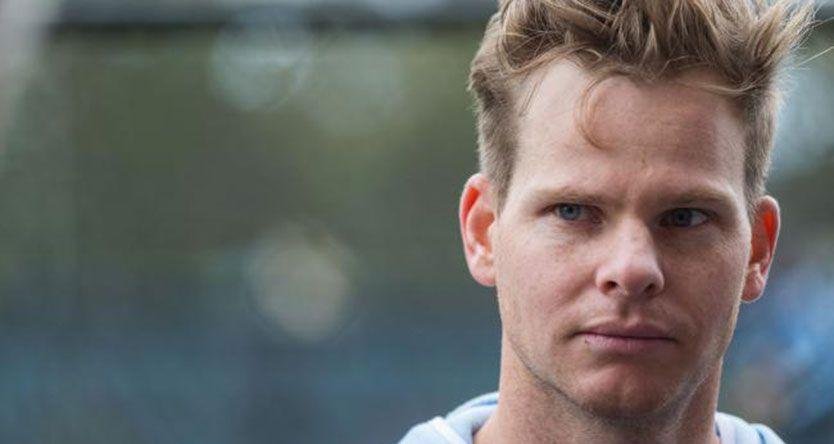 AUSSIE skipper Steve Smith says there’s still a couple of spots up for grabs in his Ashes team ahead of next month’s first between Australia and England in Brisbane.

STEVE Smith has a message for Australia’s Ashes Test aspirants — I’m watching you.
The three Sheffield Shield opening rounds are rare, high stakes affairs ahead of the first Test between Australia and England in Brisbane from November 23.
Keepers Alex Carey, Peter Nevill and Matt Wade are in a fight for the gloves ahead of the Ashes series opener at the Gabba. Glenn Maxwell, Hilton Cartwright, Travis Head and Marcus Stoinis are lead contenders for the No.6 slot that has proved a nadir for Australia in recent series.
Usman Khawaja’s Queensland host champion Victoria at the Gabba while Wade’s Tasmania venture to the WACA today. Head’s Redbacks host Smith’s Test strength Blues line-up starting tomorrow.

“I will be watching for sure, everyone out in the field and all the other games as well. That is part of my job as Australian captain,” said Smith, who will unleash speedster Pat Cummins for the first time with a pink ball in Adelaide.
“Everyone is a chance if they putting performances on the board.
“There is a bit of pressure on for spots and we want to see guys play well.
“The nine guys there or thereabouts and a couple of spots up for grabs. It’s a good opportunity for a couple of guys to make some scores and demand selection.”
Smith averaged 29 on Australia’s two Test drawn tour of Bangladesh and conceded he felt heat to find touch ahead of the Ashes.

“It is important for me to spend some time in the middle as well, I didn’t feel as well as I could have over in India and Bangladesh. It is a big summer with the Ashes and like to get some runs early in the season,” said Smith.
Smith said the pink ball clash in Adelaide provided a perfect insight into the track and conditions he David Warner, Starc and Cummins could expect in the second Test.
“This wicket provides something for everyone. The groundsman has made it similar to what it will be for the Test match,” he said.

- Advertisement -
Share
Facebook
Twitter
Pinterest
WhatsApp
Previous articleAmitabh Bachchan and 6 others get notice from BMC for illegal construction
Next articleApple iPhone X pre-order warning: buy the smartphone now or you could wait until Christmas
- Advertisement -