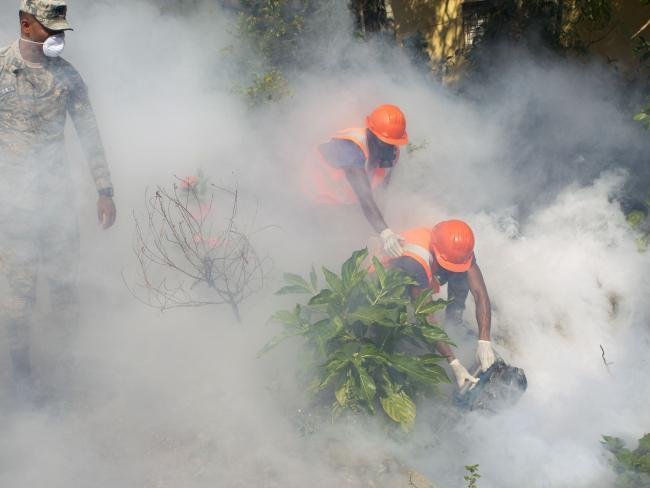 A POSITIVE case of Zika has been found in Indonesia, with researchers saying the virus has been circulating in the country “for a while”.

The Eijkman Institute for Molecular Biology said a 27-year-old man living in Jambi province on Sumatra island who had never travelled overseas had been found to be infected.

It said it stumbled on the case while studying a dengue outbreak in the province.

Researchers set aside specimens which produced dengue symptoms such as rashes and fever but which tested negative for dengue, and researched them further.

“Out of the 103 (dengue-negative) specimens that we checked, we found one positive for Zika,” the institute’s deputy director, Herawati Sudoyo, told AFP.

Sudoyo said the specimens were taken during a dengue outbreak in Jambi between December 2014 and April 2015. It was not known how and when the man contracted the virus.

“We concluded that the virus has been circulating in Indonesia for a while,” Sudoyo said.

Indonesia’s health ministry could not immediately comment on the report.

Zika is transmitted by the Aedes aegypti mosquito, which also spreads dengue fever and the chikungunya virus.

It produces flu-like symptoms including a low-grade fever, headaches, joint pain and rashes.

It is suspected to cause grave brain damage in newborns and has similar symptoms to dengue fever.

Tropical Southeast Asian countries are bracing for the Zika virus, with Malaysia saying it could “spread quickly” if introduced.

In Thailand, where just one case of Zika has been reported so far this year, the likelihood of Zika spreading is low, officials said, partly because of better access to health care and because the country was dealing with a smaller area.

Thailand detected its first Zika case in 2012 and has recorded an average of five cases a year, according to the Ministry of Public Health.

Malaysia’s Health Ministry said Zika had not yet been detected.

“If it is introduced by an infected Malaysian or by a visitor to Malaysia, it could spread quickly,” said Lokman Hakim Sulaiman, Malaysia’s Health Ministry deputy director-general.

In the Western Pacific, Zika was first reported in Micronesia in 2007.

The mosquito-borne virus has sparked widespread alarm in parts of the Americas.

The World Health Organisation warned in the past week the virus is “spreading explosively” in the Americas, with three million to four million cases expected this year.

Hardest-hit so far has been Brazil, with more than 1.5 million cases since April.

Health authorities there are investigating the possible linkage between Zika and more than 3400 suspected cases of microcephaly — abnormally small skulls and brains — in babies born to infected mothers.