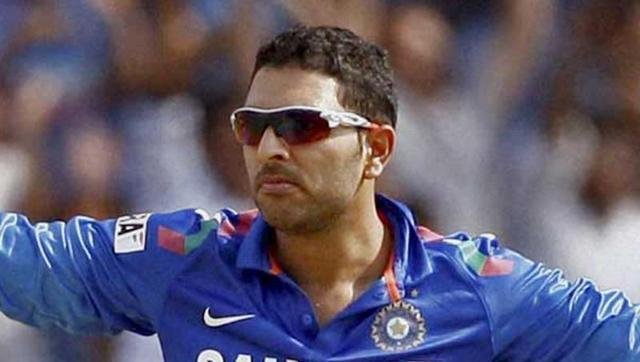 The last time Yuvraj Singh turned out for the national team, he provided a painful reminder of how much Indian cricket’s enforcer had lost his edge. The man who hit six sixes in an over to inspire the 2007 World Twenty20 triumph in Johannesburg managed 11 off 21 balls in the final of last year’s edition against Sri Lanka, at Dhaka. The defeat seemed to have all but ended Yuvraj’s India career.

However, a week after his 34th birthday, the player has got a massive opportunity to redeem himself after the national selectors picked him in the Twenty20 squad for next month’s limited-overs tour of Australia (Jan 12-31). Chief selector Sandeep Patil gave a thumping vote of confidence — ‘Yuvraj is special, he will always remain special’ – which showed they are banking on the experience of the man who played in three World Cup finals, winning two.

Skipper Mahendra Singh Dhoni was 40 minutes late for the selection meeting, but the fact that it stretched for an hour beyond schedule showed many fringe players were also discussed. However, the focus was on Yuvraj, who has been on fire in the Vijay Hazare Trophy domestic one-day tournament, hitting 341 runs at an average of 85.25 to help Punjab qualify for the knockouts. Picking him only in the T20s suggests a realistic assessment of his fitness.

Left-arm paceman Ashish Nehra’s selection was a surprise. He has hardly played for Delhi, although the 36-year-old has been consistent for Chennai Super Kings. The selectors have pinned hopes on his experience and the Australia series will show if he makes it to the World T20.

The one-day side is mostly about comebacks, although Suresh Raina, who has struggled in the ODI format, and Bhuvneshwar Kumar, who has looked off colour since suffereing an ankle injury early this year, have been retained only in the T20 squad.

Pace bowler Mohammed Shami, sidelined since undergoing knee surgery after a brilliant show in the World Cup Down Under, is back. His initial games for Bengal on his comeback in the Vijay Hazare tournament have not been about wickets but proving his rhythm. It would be a boost as he consistently hits the deck, an invaluable asset on Australian pitches.

Ishant Sharma’s new-found resurgence has also been rewarded with an ODI spot, having missed the World Cup due to injury and not having played an ODI since then. All-rounder Ravindra Jadeja too returns to the limited-overs fold as expected.

Aggressive Karnataka batsman Manish Pandey, 26, who hit 71 in his only ODI against Zimbabwe in July, get another look in for his consistency while uncapped pacer Rishi Dhawan gets in ahead of Varun Aaron with Mohit Sharma nursing an injury. Punjab quick Brainder Sran is the other uncapped player in the 15-member ODI squad. Ambati Rayudu and Stuart Binny also have been dropped.