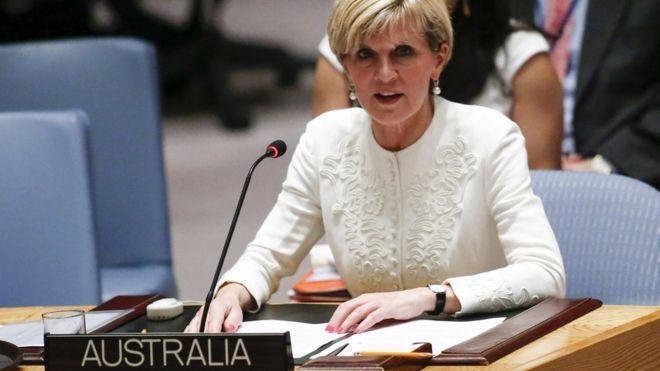 An Australian security officer at Melbourne airport has been sacked after the country’s Foreign Minister Julie Bishop was reportedly singled out for a security screening.

The incident happened in September as Ms Bishop was travelling to the United Nations General Assembly in New York.

The officer who conducted the pat-down was suspended and later reinstated.

But a more senior officer who ordered the check has been sacked. The airport said the check had not been random.

The female airport worker who carried out the screening was found to have not adhered to “standard security screening procedures” but was reinstated after receiving training.

The Sydney Morning Herald reported that at least three other airport workers have also been suspended.

The foreign ministry made clear it did not make an official complaint.

It later emerged that Deputy Prime Minister Warren Truss had asked ask the airport to investigate, says the BBC’s Jon Donnison in Australia.