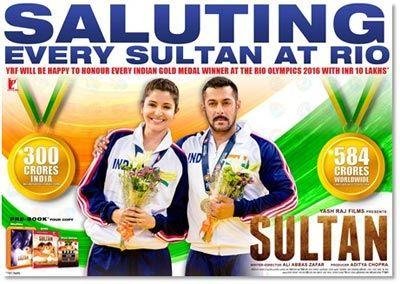 YRF did not only make an entertaining film Sultan about a struggling athlete but is also coming forward to reward our Indian athletes at the Rio Olympics 2016. YRF has announced to honour Indian athletes competing in Rio with 10 lakh cash reward if they win a gold for the country.

The romantic sports-drama film, which released in July, tells the story of a middle-aged wrestling champion who tries to make a comeback to represent India at the Olympics.