You May Look Productive Skipping Lunch, But You Aren’t 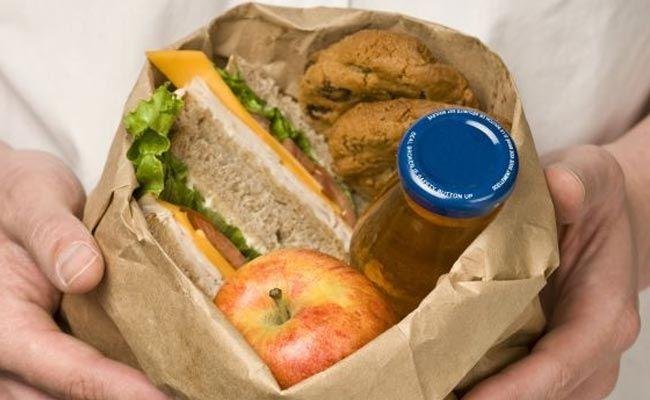 The hour-long lunch may be a charming relic of the past, like phone cords and typewriters, but in today’s 24-7 work culture, many of us don’t take any lunch break at all. Fewer than 20 percent of American workers regularly step away for a midday meal, and 39 percent usually eat at their desks, according to a survey done by Right Management.

This trend is fueled by the notion that the most dedicated, effective workers are constantly available and on-task, and that taking a lunch break is counterproductive. It’s a perception that’s especially powerful in the tech sector, which gave birth to the meal-replacement drink Soylent so you don’t need to stop what you are doing to eat. The tagline for the product is “free your body,” which implies we’d be better off liberated from the pesky burden of needing to be fed. But the idea that breaking for a meal hinders accomplishment is plainly wrong. The truth is, stopping to eat can actually make you much better at what you do.

Part of the reason lunch can boost your performance at work is that food literally fuels your brain, which needs a constant supply of energy to function optimally. So the worst thing you can do for your midday mental performance is to skip lunch; and the best thing you can do, it seems, is to eat one with a balance of carbohydrates, protein, and fat.

Carbohydrate is the brain’s primary fuel and study after study, on everyone from children to airline pilots to the elderly, show improvement on memory tests after eating carbs, especially slow-release carbohydrates such as whole grains and vegetables.

But it turns out that protein and fat have distinct roles in powering our brains as well. In a 2001 study published in the American Journal of Clinical Nutrition looking at how carbs, protein and fats affect thinking, researchers concluded that each of the macronutrients enhanced performance on different kinds of tasks. So the optimal power-lunch should include all three – carbs from vegetables and/or whole grains; a protein such as lean meat, eggs, beans or nuts; and a healthy fat like olive oil or avocado.

But the food itself imparts only part of the benefits of a lunch break. Technically you could fuel your brain by eating – or slugging a Soylent – at your desk. But, research shows that there are tremendous performance advantages to stepping away from your computer, and even more pluses if you can get outside. “Taking a break from cognitively taxing work improves creative thinking,” says Kimberly Elsbach, professor of management at the Graduate School of Management at the University of California at Davis, “and everybody’s job has a creative component, such as problem-solving, managing teams or finding creative solutions.” Not to mention taking a break from that steady stream of e-mails helps reduce stress and, in turn, can help keep you healthier.

Elsbach says that to perform best at work, it is important to step away from your desk and change your environment periodically throughout the day, and lunchtime is a perfect opportunity to do so. “For creative thinking, one of the most restorative environments is a natural environment,” she says, so she suggests trying to eat lunch in a park, on a patio, in an atrium or at least eat near a window.

Engaging with co-workers casually over lunch can also help advance your career, as important social bonds can be forged over a relaxed meal. According to Elsbach, an official business lunch doesn’t count as a mentally recharging break, but talking casually with a co-worker does, and can be an effective way to network at the same time.

“People unconsciously perceive you as more dedicated and dependable if they see you at your desk more, but it has nothing to do with the quality of your work,” says Elsbach. In fact, according to data collected using the time-tracking and productivity app DeskTime, the most productive 10 percent of its users were those who took regular breaks that lasted about 17 minutes each. So for optimal performance at work and better health, step away from your desk and enjoy a balanced lunch, outside if possible. It doesn’t have to take a whole hour.