After ‘Yes’ To PM Modi, Switzerland Lets Down India At Nuclear Club NSG 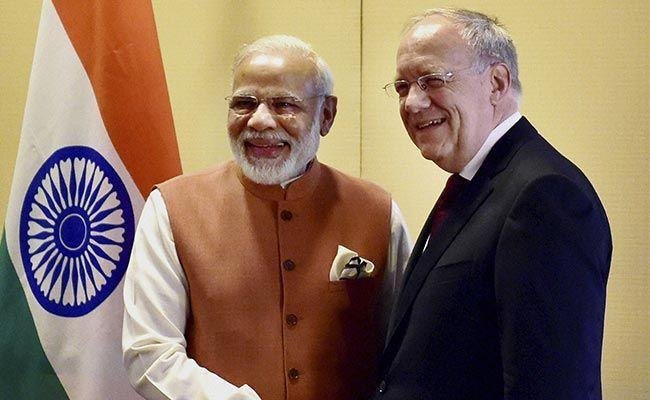 When Prime Minister Narendra Modi added Mexico and Switzerland to his foreign tour earlier this month, the agenda was clear- he wanted both countries to shed their reservations about India being allowed into the Nuclear Suppliers Group (NSG), a club of 48 countries that control the development and trade of nuclear material and technology.

Leaders of both countries said they had been persuaded.  In fact, President Johann Schneider-Ammann of Switzerland declared India had his country’s “full support”. After a meeting with Mr Modi in Geneva, the Swiss President said, “We have promised India support in its efforts to become a member of NSG.”

So at the NSG session that just concluded in Seoul, the doubts about India cast by Switzerland are a bitter surprise for Delhi.

The opposition to India joining the NSG has been forcefully led by China, which has said that admission to India cannot be allowed without also letting in Pakistan despite questions over its nuclear disarmament and non-proliferation for decades.

The NSG, which was created in response to India’s first nuclear test in 1974, is committed to preventing nuclear technology from being used for arms.

A handful of countries that includes Brazil, Austria and Ireland have said that because India has not signed the Non-Proliferation treaty or NPT, it cannot be shown special preference despite the US openly urging just that.

Neither India nor Pakistan has signed the NPT, generally seen as a prerequisite to NSG membership.

Government sources have told NDTV that of the 48 members of the NSG, 38 countries broadly backed India. The others said that before a decision can be taken on India, the nuclear bloc must first establish criteria that will be used equally for any applicants who have not signed the non-proliferation treaty.

Switzerland said that India’s entry must be discussed in the context of these criteria.