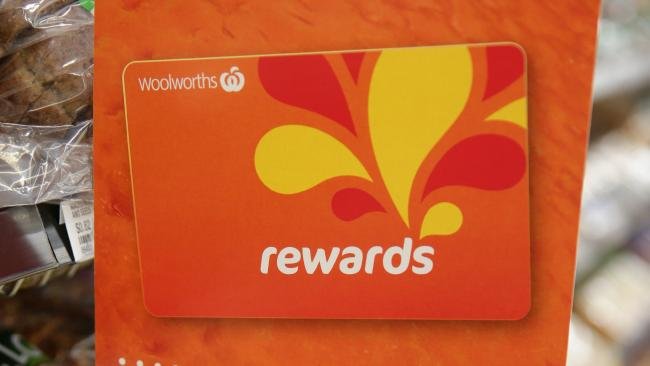 WOOLWORTHS has confirmed it is ditching its controversial “Woolworths Dollars” in favour of a points system underpinned by a partnership with Qantas Frequent Flyer.

The supermarket on Monday announced “significant improvements” to its rewards program “in response to customer feedback”.

Under the overhauled scheme, which goes live on August 31, shoppers will earn “Woolworths Points”, with one point earned on every dollar spent at Woolworths, affiliated Caltex service stations and BWS bottle shops.

When customers reach 2000 points, or $2000 of spending, they will be able to convert that into $10 instant discount at the checkout, or 870 Qantas Frequent Flyer points.

“When we launched Woolworths Rewards, we made a commitment to put our members first and make improvements in response to their feedback,” said Woolworths director of loyalty and customer data Ingrid Maes.

“We are pleased that our members have responded positively to automatically getting money off their shopping. However, we’ve acknowledged that we didn’t deliver enough orange ticket offers in-store and while many of our members have been rewarded well, too many have not.

“By introducing a guaranteed reward per dollar spent at Woolworths supermarkets, BWS and selected Caltex Woolworths, all members receive a reward when shopping with us.”

Customers will earn double-points on items from essential household categories, including launch deals on fresh fruit and vegetables, fresh meat and at the deli and seafood counter, as well as increased personalised offers on items they buy regularly.

“Overall, we are confident these changes will be well received by our members,” Ms Maes said.

“Every Woolworths shopper can enjoy money off their shopping without any effort required. Alternatively, from the end of August, members can convert their savings to Qantas Points or bank their savings for Christmas.

“This isn’t the end of improvements to our loyalty program. We’ll continue to listen to our members and introduce new, attractive features to evolve the program in line with member preferences and feedback.”

“Qantas is very pleased to continue its relationship with Woolworths and to give our shared customers more ways to be rewarded when they spend,” she said.

“The ability to earn with every dollar spent, plus special offers to earn more, will really help Frequent Flyers grow their points balance, so their weekly shop helps them get closer to their next holiday.

“This is especially the case when you factor in all the other ways our members can earn Qantas Points, ranging from health insurance to flying.

“The opportunity to earn points when you buy petrol has been improved, with members now able to use a discount voucher and earn points in the same transaction, instead of having to choose one or the other.”

Woolworths is tipped to post a $1.2 billion loss when it announces its full-year results this Thursday, a day after rival Wesfarmers.