Women in their 30s want higher pay over flexibility 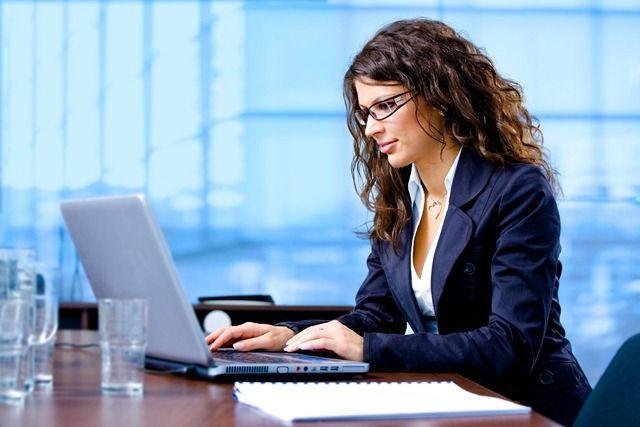 Business leaders think women change jobs for greater flexibility – but for Betsy Oyler that couldn’t be further from the truth.

“At this point of my life I am happy for career to take the front seat,” she said. “I am not looking to start a family any time soon.”

She changed jobs eight months ago to move ahead in her career, to find bigger challenges and to learn more in her late twenties.

Researchers have found that while employers believe women around the age of 30 are leaving jobs for flexibility and because of family demands, the women themselves say the main reason is pay.

Lauren Noel and Christie Hunter Arscott from the International Consortium for Executive Development Research said they were surprised at the results of their new survey, which challenges assumptions that women want a better work-life balance in preference to higher pay.

The survey of organisational leaders and men and women aged 22 to 35 found that pay, followed by lack of learning and development opportunities and a shortage of meaningful work were the primary reasons women had left jobs.

The research, which features in the Harvard Business Review, found men and women left jobs for similar reasons.

“In fact, women are actually more likely to leave because of compensation [pay] than men,” Ms Hunter Arscott said. “Not only are women’s reasons for leaving misunderstood, differences between women and men are overstated.”

Ms Oyler, who married last November, works for a Sydney advertising agency after leaving a management role at a marketing agency.

“I was looking for a new challenge, a stimulating working environment and exposure to a new set of skills and clients,” she said.

While the pay was slightly higher in her new job, it was not her “number one priority”. But she would not have been happy to settle for a pay cut.

In its survey of 4198 employees and 3793 employers in Australia, the Hudson recruitment company has also found the top three reasons professionals gave for leaving their current job was boredom, followed by lack of career progression, followed by disappointment with salary.

Simon Moylan, head of talent management at Hudson, said only 3 per cent of 706 Generation Y women surveyed said they were changing jobs to work closer to home and 7 per cent were looking for a better work-life balance. But almost a quarter were bored and wanted a new challenge and 21 per cent left jobs because of a lack of career progression. And 15 per cent were disappointed with their salary.

“Generally what we find is women in that demographic are trying to set up their career. Logically you have to get yourself promoted to get to a level where you are senior enough and earning enough before you can get the flexibility you are after.

“It is almost like a race against the biological clock for some to achieve that level of seniority and level of salary.”

Marian Baird, a professor of gender and employment relations at the University of Sydney, said it was not surprising that women ranked pay as important when many were paid less compared to men.

“Why shouldn’t women see pay as important a men do?,” she said.

But pay and flexibility were not mutually exclusive.

“It is possible that many of the women surveyed had not yet faced the real trauma of work, motherhood, inflexible work, no child care and a pay gap in the one hit,” she said.

Barbara Pocock, emeritus professor from the school of business at the University of South Australia, said people often changed jobs for a “basket of reasons”.

“Not a single thing. A mix of pay and conditions like flexibility,” she said.

“Flexibility will trump money by a long shot when you have a young child or a personal health issue or you are caring for a frail parent. But if you are a young engineer setting out at 25 or 30, money may well be the most significant thing.”

Adam Shapley, regional director at Hays Recruitment said the US research was an “oversimplified”.

Hays research from 2013 had found most job seekers were looking at an organisation’s vision, culture and values. Their second priority was work-life balance and salary came fifth.

Professor Lyn Craig, director of the University of NSW social policy research centre said it was not surprising men and women without children in the US would rank pay as their top priority.

American women were also more likely to be working full time because they would not receive health benefits if they worked part time.

Diversity Council chief executive officer Lisa Annese said money was a factor for women because of the gender pay gap.