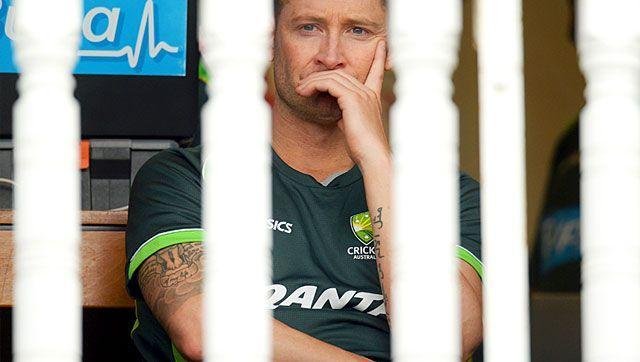 James Sutherland, chief of Cricket Australia (CA), said on Sunday there would be a review of the team’s ‘disappointing’ Ashes loss to England as he paid tribute to retiring captain Michael Clarke.

Clarke, 34, said on Saturday he would retire from international cricket after the fifth Test at The Oval, following England’s crushing win over Australia by an innings and 78 runs in the fourth Test at Trent Bridge to win the Ashes with an unbeatable 3-1 lead.

“It’s a disappointing end to an Ashes series,” Sutherland told reporters in Melbourne. “And disappointing given we have had some significant highs including a World Cup win only just a couple of months ago.”

The CA chief executive said a post-mortem of the team’s performance would be conducted and acknowledged Australia had to lift their game when playing overseas.

“Sadly and as we do after every tour, win lose or draw, we will review performances and make assessments on things that have happened during the course of the tour, what happened leading into it, whatever aspect of it, the preparation and delivery and execution,” Sutherland said.

“It is not easy playing away but it’s something that we clearly have to get better at.

Sutherland stressed that despite the nature and timing of Clarke’s retirement, the New South Wales shot-maker had enjoyed a great career and led Australia back to number one in Test cricket. “Unfortunately sport doesn’t always leave you with fairy-tale endings and happy endings,” he said.

Sutherland said CA had confidence in heir apparent Steven Smith, who is expected to become Australia’s captain for their next Test series in Bangladesh in October.

“I think we have got someone in waiting who has had experience as a captain,” he said.

“In recent months he’s been rated as the best Test cricketer in the world. Steven is ready for this challenge.”

In response to questions, Sutherland said coach Darren Lehmann was safe in his job but would not comment on whether wicketkeeper Brad Haddin or all-rounder Shane Watson had reached the end of their Test careers.