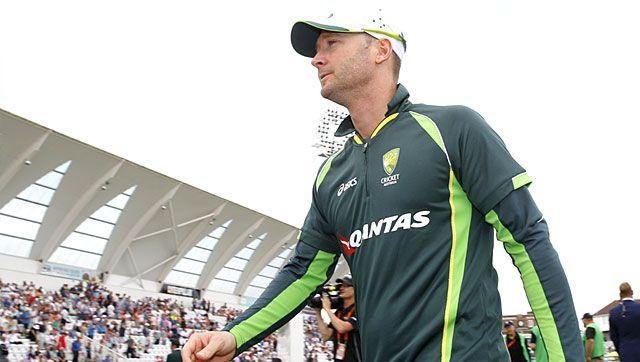 Timing is everything in the cut-throat world of international cricket and Australian captain Michael Clarke, who announced his retirement on Saturday, knew the game was up for him.

Clarke said he was quitting the Australian Test captaincy after his side suffered a humiliating loss in the Ashes series against England.

One of Australia’s greatest batsmen, with 28 Test centuries to his name, Clarke could hardly have imagined a worse way to exit the game he graced for more than a decade.

Struggling with his own form, and trying to rally a team that was badly outplayed, the 34-year-old fell on his sword, knowing that if he did not jump he would eventually be pushed.

“I’ll have one more Test and that will be the end of my career,” Clarke said.

“I’m retiring from international cricket. I certainly don’t want to jump ship and leave the boys now, so I’ll play the last Test at The Oval, give it one last crack, but the time is right now.

“You never want to walk away from the game but I think my performances in this series and the last 12 months have not been acceptable to me.

For Clarke, it was a bittersweet way to end his career.

Earlier this year, he was on top of the world, leading Australia to an emotional victory in the World Cup final on home soil.

The signs were already there. Plagued by a hamstring injury, he had almost missed the World Cup but made it back just in time and played a starring role in the final, top-scoring with 74 in what was his last one-day International.

He was tempted to quit then but the lure of the Ashes was too much. Clarke said he would continue playing Tests but his lean run with the bat, coupled with losing the Ashes, convinced him it was time to give it up, even if it was not the ending he wanted.

“Now it’s time for the next generation of players, the next captain to have his opportunity to try and build the team and get them ready for the next Ashes series,” he said.

“I’ve been lucky enough to play over 100 Test matches for Australia.

“I’ve always said the game owes me nothing, I owe it everything. I’m thankful I’ve been able to play it for so long.”

At times a polarising figure in cricket-mad Australia, Clarke made his Test debut against India in 2004, scoring a hundred in his first innings.

Clarke, who hails from Sydney’s working-class western suburbs, took over as Australian Test captain in 2011 and a year later he scored his first triple century.

In 2013-14, he led Australia to a 5-0 cleansweep at home to regain the Ashes but the first signs that things were starting to fall apart came last summer when he hurt his hamstring playing against India.

Troubled by hamstring and back issues since he was a teenager, Clarke retired from the match and did not play again during the series. Still mourning the death of his team mate and close friend Phillip Hughes, he hinted that he might walk away from the game.

He briefly changed his mind but not his form and the pressure started to build.

Clarke joined a long list of Australian captains whose last year in the job has been a constant struggle after the emergence of a natural successor.

In Clarke’s case, his replacement as skipper will be Steve Smith, who led the team against India and has already been appointed as ODI captain.

Smith, who will become Australia’s youngest test captain since Kim Hughes, has been on a golden run of form with the bat, including a double century in the second Ashes Test at Lord’s.