Will Die In India, Ashes Will Be Immersed Here: Sonia Gandhi vs PM Modi 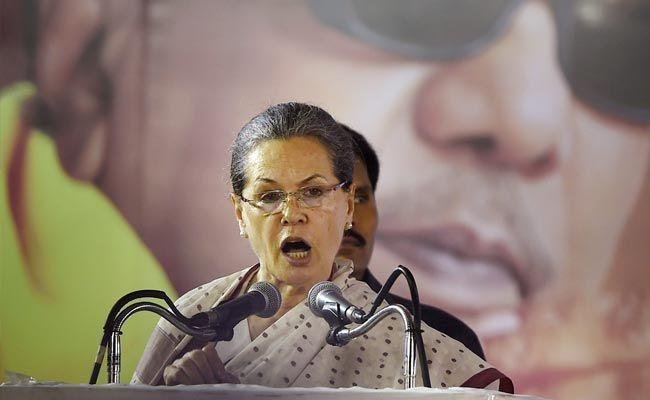 Mrs Gandhi’s remarks at an election meeting in Kerala come just days after the Prime Minister made a cutting remark about her Italian origins and a Milan court verdict which found bribes were paid in India for a helicopter deal when the Congress was in power.

“I have no family in Italy. I have never been there,” the Prime Minister said on Friday, stressing the verdict in Italy could not have been influenced by his government.

“I will die in India and my ashes will be immersed in India as the blood of my loved ones are mixed in this soil. I also know PM Modi will never understand my integrity, and him and the RSS will always abuse me,” said Mrs Gandhi, 69.

The reference to her Italian roots is rare for Mrs Gandhi, whose party has been derided by critics for sycophantically placing an “outsider” as its chief merely because she married into the Congress’ First Family.

The AgustaWestland scam – named for the Anglo-Italian firm that was selected to supply helicopters for use by top politicians including the Prime Minister – has corralled a scandal of triple A rating around the top leaders of the Congress. A few weeks ago, a Milan judge said Italians had paid bribes to Indian politicians and bureaucrats to grab the contract which was cancelled in 2014 after Italy launched its investigation. It is the documents seen by the Milan judge that include jottings and notes from middlemen that fuel the controversy in India because they reference Congress leaders, including Mrs Gandhi.

The ruling BJP says the documents substantiate allegations that the Congress sought a corrupt deal and then attempted a cover-up through an ineffectual inquiry ordered under pressure. The Congress says the references by strangers, including a middleman who has said notes in his name are forged, have no meaning or weight.