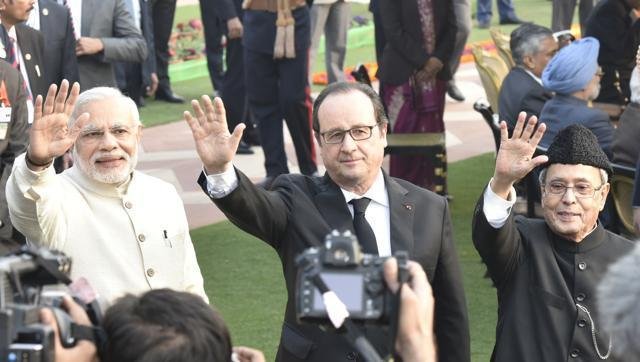 India has always held an unusual position in the international system. It is a liberal democracy that is not part of the Western alliance; an Asian nation that is not part of the Asia-Pacific rim and, constitutionally, a socialist state that declined to sign up with the Soviet Union. While this is often attributed in India to its belief in nonalignment, Gandhian ethics or adherence to strategic autonomy it is probably more correct to say that India’s interests are so unique that it is not a perfect fit for these geopolitical parameters. As a consequence, New Delhi has a tradition of seeking out relationships with countries that do not fully conform to their regional architecture or to other multilateral structures. France has long served as this partner for India within the Western alliance. It is why Oman is India’s closest friend in the volatile Persian Gulf. In a less consistent manner, countries like Ethiopia and Tajikistan receive special consideration in India’s foreign policy.

India’s need to seek out niche relations is considerably less in the present day. The nuclear deal with the US removed the technology shackles and pariah status of the nuclear nonproliferation regime. India’s economy is now globally integrated to the point that a concern about sanctions or multilateral isolation is largely academic exercises. New Delhi is regularly wooed by the most powerful capitals in the world. Nonetheless, India still has use for special relationships with nations with independent foreign policies. In theory, improved India-US relations would mean New Delhi has a one-stop place to go for almost any conceivable technological, economic or geopolitical requirement. In practice, the US runs many different policies at the same time. Though this space has increased over time, the convergence between the interests of India and the US is inconstant and changing. New Delhi continues to avoid buying frontline weapons platforms from Washington. There are problems with other countries as well, like Russia that is becoming increasingly subservient to the diktats of Beijing.

Thus it is in India’s interest to maintain close ties with countries like France or Israel — nations with independent but advanced capabilities in defence, energy and high-technology areas, but without the geopolitical constraints that larger nations may have. France is not without its own limitations. It is probably first and foremost among the niche countries to help India fill the gaps in its foreign and security policy.