The MATHS behind the ART of film making 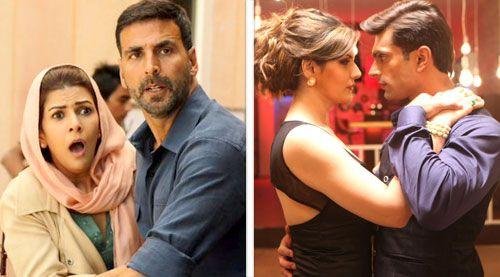 Every weekend, we hear an assortment of opinions about the films that release on the silver screens across India from movie critics, social media users and moviegoers at the cinemas. Very conveniently, right after watching a particular film, they label it a ‘HIT’ or a ‘FLOP’ based on whether they like it or not!

While it’s a bit overwhelming to know the opinion of people about a film as quickly, more often than not, it tends to mislead people with their choices around which film to watch and which one to skip! Ultimately, a review is one person’s opinion! Somebody you consult about flavours of ice cream may rave about praline & cream, while you may end up hating it completely! On the other hand, dark chocolate could be your favourite flavour, which may not pamper somebody else’s taste buds! The same logic applies to movies, where reviews, individual opinions etc. are subjective & may not work for everybody, thus misleading them to watch a flick they may not enjoy and worse still, miss a movie that they may have loved!

This brings us to another question – What is a relevant barometer to determine a film’s success or failure? What are the parameters based on which you label a film as a HIT or as a FLOP?

The most objective answer to this question is – RETURN ON INVESTMENT! Irrespective of the critical acclaim that a film may get & regardless of the magnitude of the net collections that a film may draw, the verdict on a film’s success or failure essentially rests upon the returns that the producers, distributors and exhibitors of the film generate on the investments they make on the film in concern!

Let’s try and make this simple and break down the numbers.

Cost Of Production – The money spent in making the film, including the fees to the stars, the spends on sets, productions, crew fees etc.

Landed Cost – The cost of production + the cost of publicity and advertising + cost of distribution.

Gross Collections – The total receipts from the audience against the sale of tickets.

Exhibitor’s share – The percentage of the net collections that are kept by the multiplexes / single screen cinemas as their revenues.

Distributor’s share – The percentage of the net collections that are kept by the distributors as their revenues.

So, ultimately, it’s the distributor’s share coupled with other revenues from the sale of satellite rights, music rights and other avenues of income that need to higher than the landed cost, to ensure that the film in question has a positive return on investment!

Films with net collections in the range of Rs. 50-60 crs can be hits if they have a landed cost of Rs. 15-20 crs (Hate Story 3 being a recent example) and films that clock net collections over Rs. 100 crs can still be flops if they are have a landed cost of Rs. 80 -90 crs and the distributor’s share along with the other revenues doesn’t add up to as much!

However, at the end of the day, the maths behind the films is meant to be the domain of the film makers, distributors and exhibitors! The audience (particularly social media users) these days seem to be more concerned about the business of films, their screen count and aspects that don’t concern them half as much as the entertainment value that the films provide! It would be nice to see the audience judge films based on their appeal and decide whether they want to watch it or not, rather than haggle with each other and debate about the numbers!