What the financial system overhaul means for you 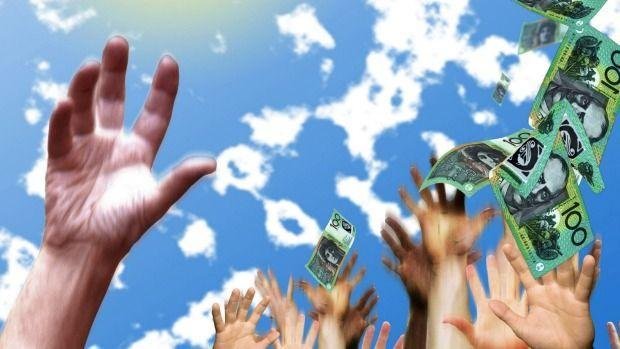 The most significant review of the financial system in almost two decades is being put into action by the government.

Here are five key ways in which policies stemming from the inquiry will affect households and businesses.

Laws will be introduced to prevent retailers slugging their customers with credit card surcharges that exceed the cost to the merchant of accepting credit card payments.
- Advertisement -

Treasurer Scott Morrison said the legislation, to be introduced by mid next year, would act as a “fair dinkum test” on businesses wanting to pass this cost on to consumers. The Australian Competition and Consumer Commission will enforce the new rules.

Surcharging is a well-known consumer gripe – particularly among airline, taxi and hotel customers. The issue attracted more than 5,000 submissions to the Murray inquiry last year.

The Productivity Commission is being asked to assess the competitiveness and efficiency of the super system, after Murray said many Australians paid too much in super fees.

The Commission will look into alternative models for how the savings of people who do not actively choose their super fund, are allocated to a fund. This could involve a tender to decide where workers’ savings are directed.

One area where the government did not agree with David Murray was on borrowing within super funds, especially to invest in property.

Murray suggested a ban on limited-recourse borrowing by super funds, mainly used to buy property. This means that if the borrower defaults, the bank only has a claim on the property and other security provided by the borrower, not all of the assets in the fund.

There are concerns this is adding extra risk to super, and the housing market, but the government says there isn’t enough evidence for a ban.

David Murray’s call for banks to hold more capital – funds for absorbing loan losses – have been backed by the government.

Murray recommended the banks become “unquestionably strong,” and measures to achieve this have already been implemented by the Australian Prudential Regulation Authority. Westpac blamed APRA’s tougher stance on bank capital for its decision to increase mortgage interest rates by 0.2 percentage points last week.

There could be more to come. The government endorsed APRA’s action, and said the regulator would take “additional steps to ensure our banks have unquestionably strong capital ratios” by the end of next year.

After a spate of scandals in advice, the government is promising to introduce new minimum standards for advisers, and beef up the powers of the corporate regulator.

It says an independent, industry-funded body, will set out new standards designed to win consumers’ trust in this industry. Advisers will be required to hold a degree, pass an exam, and agree to a code of ethics. The government is still consulting on transitional arrangements for existing advisers.

The public register of financial advisers will be bulked up to provide extra details, such as whether advisers meet the new standards or have been been.

The Australian Securities and Investments Commission will also be given the power to intervene and change, or remove from the market, financial products that  it believes are harmful.

5. Innovative finance to be encouraged

Policies will be designed in a way that allows the entry of “disrupters” in finance, which could encourage new ways of making payments or accessing funding, the government says.

An “urgent ” priority will be to develop legislation to support crowd-sourced equity funding for start-ups, carrying our consultation on draft legislation by the end of the year. It will also consult on crowd-sourced debt financing.

The government will seek to ensure legislation in key areas is “technology neutral” and will establish an Innovation Collaboration committee, tasked with supporting innovation in the financial system.

It also agreed to Murray’s recommendation to implement a “national digital identify strategy” to help people engage with government.