Australian Harassed, Forced to Apologise in Bengaluru Over Goddess Tattoo 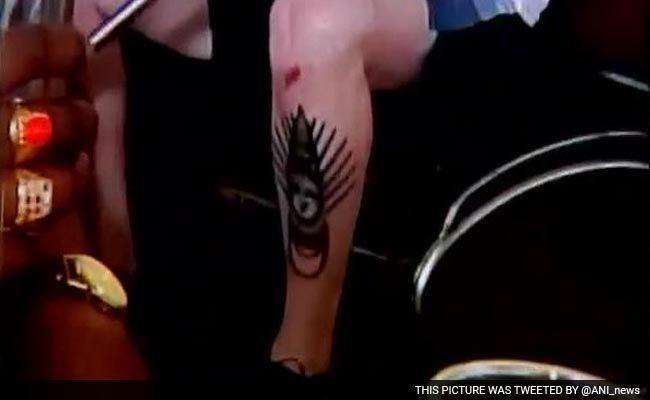 Bengaluru:  An Australian couple was allegedly harassed in Bengaluru on Saturday over a tattoo of a Hindu goddess and then forced to apologise for hurting the feelings of their attackers by the police.

On Facebook, Matt Keith, 21, has posted a letter of apology he was allegedly forced to write for “hurting religious sentiment.”

Mr Keith posted: “Forced letter of apology before I could leave the police station…traumatising situation where it is apparently acceptable to be harassed, threatened and mobbed… I respect India and Hinduism completely. That’s why I spent 35 hours getting a massive Ganesha put on my back and 4 hours getting the Goddess (Yellamma) on the only bit of space I had left on my body..my girlfriend  …does not deserve sexual abuse.”

The police have promised action not just against the attackers but also local policemen believed to have harassed the couple. “It was brought to our notice that a foreign national was harassed by some people and some local police people were also involved,” said Sandeep Patil, a senior police officer.

The young Australian tourists were at a restaurant when a group of men came to their table, objected to the tattoo of goddess Yellamma on Mr Keith’s leg and allegedly threatened to “skin him”.

As the group started growing, the tourists found themselves trapped and hopelessly outnumbered. A policeman came to the spot but instead of helping the couple, allegedly told them off for the tattoo.

The tourists and their friend, a Bengaluru resident, were taken to the police station and allegedly admonished by the police in front of their attackers.  They were allowed to leave after several hours.

In another post, Mr Keith said: “I do not deserve to be victimised and have to physically defend myself and my girlfriend every day. She does not deserve sexual abuse both physical and verbal. We support equality for all, tolerance of everyone and especially for the women in this country. Please support us as we try to bring awareness to crimes of injustice.”