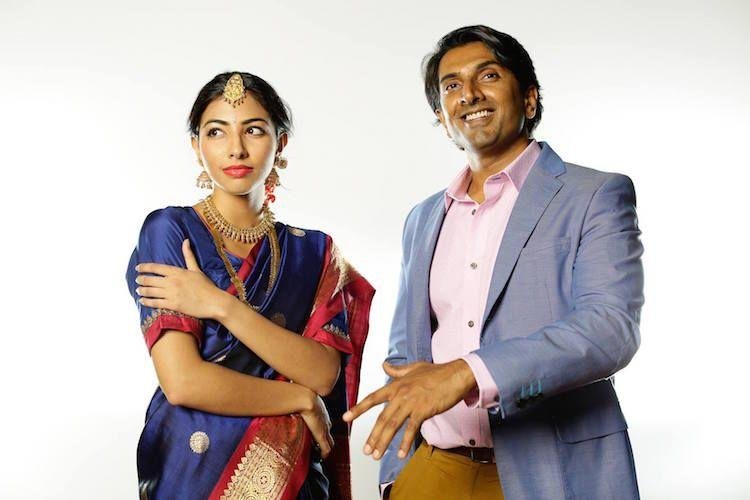 The famous play “Wedding Album” has been chosen as one of the dramas for the Festival of India scheduled to be celebrated in Sydney during September.  “Wedding Album “by the famous artiste and author Girish Karnard was presented by the Adkar Theatre & Cultural Group during May and directed by Sydney’s talented artiste and a popular director Saba Abdi was presented to the Sydney audience this year in May at the NIDA Theaters with local talents in Sydney.

“Wedding Album” has stories within stories and the play deals with a normal middle-class family in Karnataka, India.  a daughter who lives abroad with her husband, a brother who is a technocrat, a younger daughter and an “eligible girl.” considering an arranged marriage with an “eligible” boy from the US and yet to meet him, the mother who calls the shots and a household cook. Everything goes on a normal life till the “eligible girl” in the family gets a wedding proposal, an arranged marriage with an “eligible” boy from the US. While all the family members are together there seeming to be a fake display of joy and happiness but behind their smiles each one of the family member hides their secret life.  Behind their smile there is jealousy, suspicion and frustrations. How the “eligible girl” and “eligible boy” get married in this environment is the climax.

All the local talents including Aparna Tijoriwala, Bobby Malik, Preeti Thadani, Karthik Mohandas, Vedant Tijoriwala and Pragya Goswami transformed to their roles which made the play very enjoyable and memorable.

The Indian telegraph talked to Saba Abdi, a well-regarded media personality and a talented director of the play.

How did you decide on this story or what prompted your thoughts to produce this play?

After producing our last play “Kanjoos” which was an Indian / Urdu adaptation Moliere’s French comedy “The Miser”, we at Adakar were looking to stage a contemporary Indian play preferably translated in English. I always wanted to engage with the younger generation of South Asians and reach out to the mainstream audiences for which language was becoming a barrier. So we started looking for play which is set in contemporary Indian society, deals with issues relevant to audiences here and has a strong theme. I came across play Wedding Album, written and translated by eminent playwright Girish Karnad which ticked all these criteria. The play offers an in depth analyses of changing face of Indian middle class society which in the age of globalization is becoming increasingly complex, materialistic and westernized. The audiences here could easily associate and relate with the theme, characters and the situations in the play.  I have known and always liked Girish Karnad as a playwright and wanted to direct one of his plays. It is funny, intense, thought provoking and entertaining at the same time.

Any special scenes in the drama which impressed you as Producer/Director?

You mean a scene which I like in particular, well it is hard for a director to pinpoint a particular scene in the play as a favorite as one has to like the whole play to be able to do justice to it. Wedding Album is a well-crafted play which departs from traditional norms of narrative and story-telling and leaves many issues raised open ended and unresolved as it happens in life. Characters and relationships are complex, multi laired and at times deceptive. I am very pleased with the high level of performances by a team of armature actors and crew who have done full justice to their respective roles

Moving forward, will the play be repeated in Sydney and other Australian cities?

The play was a huge success with audiences in Sydney who enjoyed the play from word go. You will be glad to know that Wedding Album has been selected for the forthcoming festival of India and we will be staging it again in Sydney in September to a mainstream audience. The date and venue will be announced soon. We want more people to come to see our plays and support Adakar’s efforts. Their patronage will incentivize us to keep doing new production.