Watch : Shirish Kunder’s Kriti keeps you glued to your seat 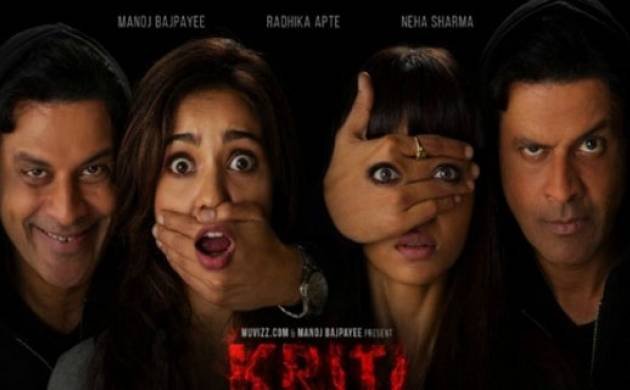 Director Shirish Kunder has released his debut short film Kriti, which stars Manoj Bajpayee, Radhika Apte and Neha Sharma, online and people have loved it already. The psychological thriller is bound to keep you glued to your seats till the end, and leaves a strong impact on your mind long after.

Shirish, who usually makes more headlines for his tweets than his movies, has done a great job with storytelling and cinematography, doing justice to his characters, while implementing the spooky horror element in the film.

Manoj Bajpayee, as Sapan, is bang on with his portrayal of a person with a psychological disorder and as he plays his part with conviction. Actress Neha Sharma plays Sapan’s mysterious girlfriend, Kriti, who has moved in with Sapan and is suffering from agoraphobia (fear of one’s surroundings).

Radhika Apte, whom many remember from her brilliant work in the short film Ahalya, has once again nailed her role, keeping the audience hooked. She plays Sapan’s psychiatrist-friend Kalpana Shah, who keeps tells him that Kriti is nothing but a figment of his imagination, reminding him of how he’d dealt with this situation before.

But does Sapan manage to conquer his fear?

The 19-minute long psychological thriller is dark and intense, and manages to keep viewers at the edge of their seats.