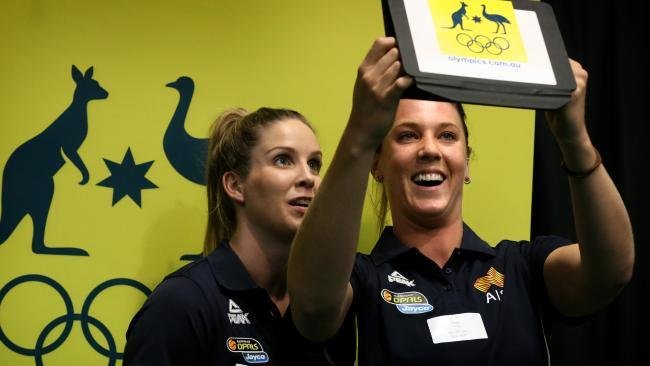 IN THE high octane world of sport and athletics, any competitive advantage can mean the difference between winning and coming in the middle of the pack.
That’s why the Australian Institute of Sport has teamed up with Microsoft in an effort to harness the power of data in a quest to boost the medal count for Australian athletes at the Rio Olympics in August.
The partnership, which also involves Australian Microsoft partner BizData, aims to use emerging technology and creative data analysis to track the day-to-day training of athletes, enabling coaches to manage peak performance as well as predict and avoid future injuries.
To coincide with the global availability launch of Microsoft’s latest database platform SQL Server 2016, the company held a discussion panel in Sydney on Thursday attended by the deputy director for performance science and innovation at the AIS, Nick Brown.
In an earlier Q&A session with Microsoft, Mr Brown spoke of the potential of predictive analytics to drive success in the sporting world.
“We capture a whole lot of information from 2000 athletes each week — including about 300 data points per athlete, or if you like, 600,000 data points a week,” he said.
The convergence of sport and technology is nothing new, but new database platforms and analytics tools are opening the door for a greater level of innovation and insight.
The AIS collects data on how much athletes trained, how they felt, how well they slept, the physiological data for each day of training as well as their physiotherapy information.
“We used predictive analytics and machine learning to better understand the relationship between training loads and injury and illness. We now know that an athlete needs to maintain a high to moderate chronic training load,” Mr Brown said.

“Basically, they need to stay fit long-term and not have any sudden peaks or troughs in their training.”

Athletes can lose up to 20 per cent of their training time due to injuries and illness which can make all the difference to their preparation. It’s the reason why ahead of such an important event like the Olympics, the data approach is focused on recognising and avoiding such calamities.

“The power of predictive analytics allows us to estimate when an athlete might perform well, or become injured or ill,” Mr Brown said.

“The Microsoft and BizData project is still in the pilot testing phase, but it is showing promising results.”

Microsoft’s head of cloud and enterprise Toby Bowers is excited by the sporting institute’s adoption of data to aid the Olympic campaigns of its athletes.

Microsoft believes when used in the right fashion, such technologies can create an environment in which “insights can come from any person, at any time”.