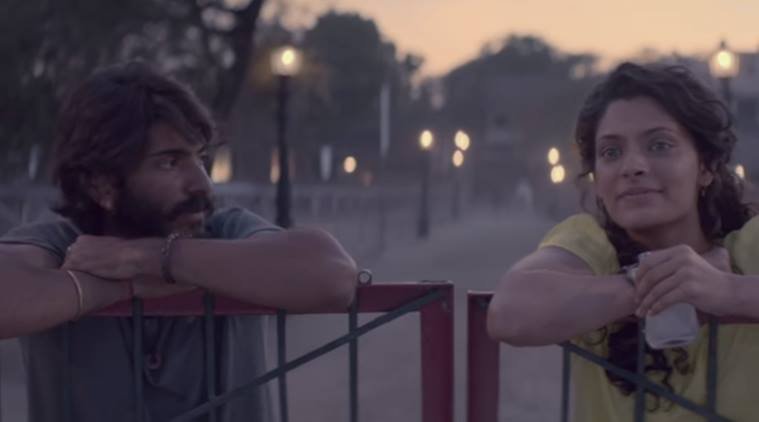 As much as he was intrigued by the folklore of Mirza-Sahiban, director Rakeysh Omprakash Mehra also wanted to discover the relevance of such a romance in today’s times and this quest shaped up his upcoming love saga “Mirzya”.

What started as a search for the answer as to why did Sahiban sacrifice her lover Mirza ended up in more questions for Mehra, who wondered whether the intensity of these two lovers could resonate even in 2016.

“When I went to Gulzar saab and asked why did Sahiban break Mirza’s arrows, he replied, ‘Let’s find Sahiban and then ask her’. That was the right approach, that let us keep developing the characters. The mystery to me was and still is that why do we hurt those we love the most?

“Also, I wanted to understand can there be eternal love stories today? We have a check-list today about how a lover should be but is it really that simple? Is there a Mirza-Sahiban in today’s times? So, we set the story in 2016, and rather than making it like a period film, we showed how that epic travelled to the present generation,” Mehra told PTI.

The director says that though the film’s essence is Mirza-Sahiban, it’s a story of two contemporary characters Adil and Suchi.

As for the answer that he waited for more than three decades, Mehra says, “I have found my answer. I found my Sahiban and it’s been a very exciting journey. I have realised the greatest emotion in love is sacrifice. You can be possessive, jealous, make babies, remain immortal through them but sacrifice of any kind is the biggest emotion.

“It has come to us in many ways and in many stories but when it happens in love, it elevates. Mostly, you will find sacrifice in spiritual stories. I related to this a lot. And that’s what I was trying to find when I started filming, I discovered this shot-by-shot.”

Mehra says the three-year-old journey of making “Mirzya” became so personal to him that it felt like a rebirth to him as a director, as a person.

“In my short career, ‘Mirzya’ has definitely enriched me a lot. As a storyteller, I have now come a full circle. It has added so much meaning to what I thought about love. Going through that process has been enjoyable.”

It’s an ambitious project for Mehra not only from the story perspective but also because it marks Gulzar’s return to film writing after a gap of 17 years and the director knows that is a huge deal.

“To take his writing and make it your own was amazing and challenging. I realised it was a moment in time in my career. The only way to do that was to just get inspired by his writing and not get affected by it. I should not take it on face value
because that’s not the way his writing is. It’s different for different people.

“So, the important thing was the interpretation. For folklore, there was only line description (by Gulzar) and it is 30 minutes of the film’s duration. I decided not to have any dialogues or songs in the folklore. So, it is silent.”

Asked if there were arguments between the two , who also happen to be neighbours, Mehra reveals there were moments when they did not see eye-to-eye but they respected that difference of opinion.

“Agreeing to disagree is the healthiest relationship. It means you are giving the other person space and respect. Most often, it would play out that I would tell him, ‘No, not this scene, it’s not sounding right. I don’t agree with how these characters are behaving’.

“Then he would delete it and we would rewrite. After six months, I would call him and say, ‘I think we should keep that scene, it goes perfectly with the story. Please add that back,’ and he would reply, ‘But you asked me to delete it,’ to which I would say, ‘I didn’t get it then. Gulzar saab, such is your writing that it takes six months to understand it!”

“People said, ‘You are making the film on such a big scale, so, take big stars and I admit I did think of such faces at first. But I realised they will come with a baggage of audience expectations.

“I wanted the audience to see my characters, not the actors. But the choice to cast new faces was not an easy one as producers were not convinced. So, I put in half the money and that made them realise I had conviction.”

Produced by Mehra’s ROMP Pictures and Cinestaan Film Company, the movie will hit theatres on October 7.